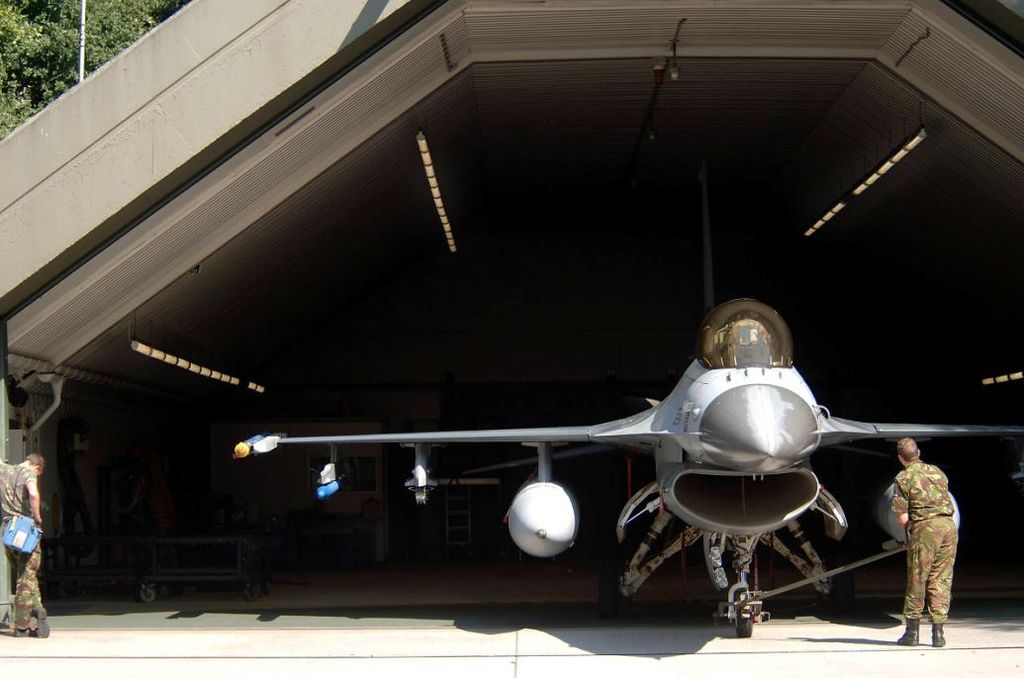 An F16 at the Volkel airbase. Photo: U.S. Air Force via Wikimedia Commons

One of the worst kept Dutch military secrets, that US nuclear weapons are being stored at the Dutch airbase in Volkel, has been been confirmed in a draft report to the Nato parliament.

The information is contained in a document drawn up for discussion in the Nato parliamentary assembly on June 1, entitled ‘A new era for nuclear deterrence? Modernisation, arms control and allied nuclear forces.’

The report was written by a member of the Nato parliamentary assembly’s defence committee and is not an official Nato document, the organisation told DutchNews.nl. ‘Nato PA reports are public documents based soley on open source information,’ the Nato PA press service said.

The report’s compiler discovered the slip and has removed the sentence in a new version of the report which was published on July 11.

The original document states that the US forward deploys 150 nuclear weapons for use by US and allied aircraft. These, it says, are stored at six US and European bases, including Volkel in the Netherlands and Kleine Brogel in Belgium as well as bases in Germany, Italy and Turkey.

The decision to maintain the non-strategic gravity bombs in Europe is due primarily to Russia’s maintenance of a large number of tactical nuclear weapons in its arsenal. The bombs are under US control and can only be released by the US president, the document states.

The Telegraaf said in 2013 that 22 US nuclear bombs are being stored in underground strong-rooms at the Volkel air base in Brabant and that former prime minister Ruud Lubbers confirmed the bombs are being kept at the base in a National Geographic documentary.

Papers leaked by Wikileaks in 2010  also seemed to suggest that US nuclear bombs were still kept in the Netherlands.

The Nato parliamentary assembly acts as a link between Nato and its member parliaments and has five committees, including defence & security, which are charged with following major events in their fields and compiling reports for discussion.

This article was updated late afternoon on Tuesday to reflect correspondence with Nato about the issue.