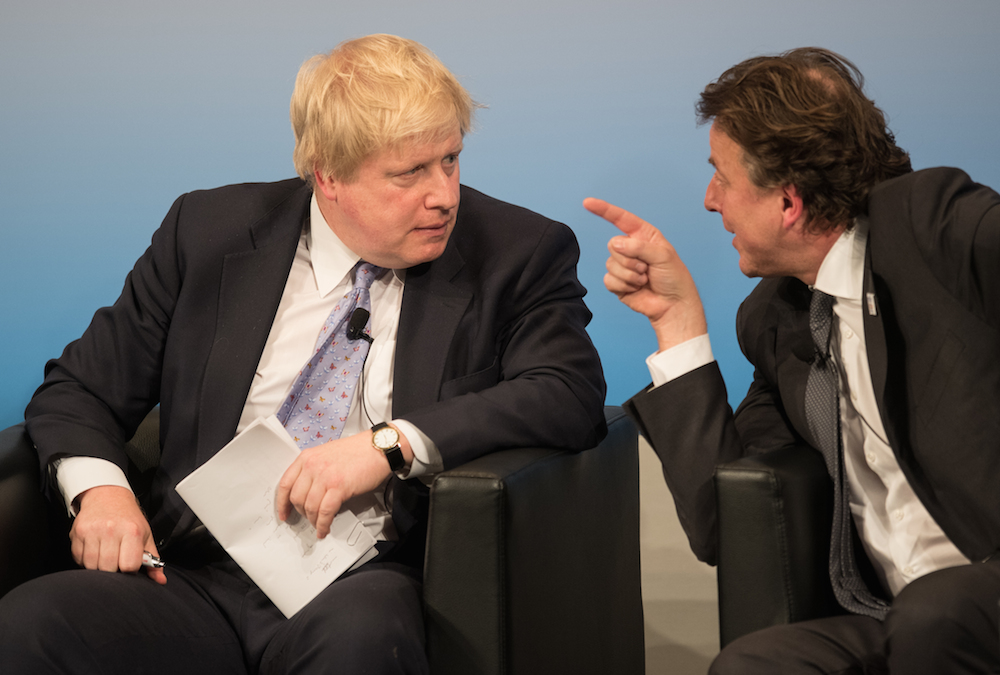 Boris Johnson’s election as new Conservative party leader and therefore prime minister of Britain has been viewed with some scepticism in the Netherlands, with the papers all warning that he has much to do to live up to the job.

The Volkskrant headlined its analysis ‘The success of the “dude of Downing street” will rise or fall on Brexit’.  Describing the new prime minister as the ‘face of Brexit’, Johnson is following in the gigantic footsteps left by Lloyd George, Churchill and Thatcher, the paper said.

But the promises made in his victory speech are easier said than done, the paper said, pointing out that his predecessors at least had the support of the lower house of parliament.

‘According to the one island dweller, Johnson will be able to make the Brexit dream a reality, but for the other, he will have to clean up his own mess,’ the paper concludes.

The Financieele Dagblad wonders how long Johnson will be able to hold on to the top job. ‘Will he break the record held by George Canning  who was prime minister for just 119 days back in 1827?’ the paper asks. Betting company Betfair, the FD points out, says there is a 45% chance of new elections before the end of the year.

His support lies mainly with the old men of the Conservative party and that is the main reason why his long-term success can be doubted, the paper said. ‘Away from this traditional group of supporters, the chaotic Johnson, who has known to be flexible with the truth, generates opposition.’

It is ‘now or never for Boris’ is the headline in the Telegraaf. There is a great deal of scepticism about such a troublemaker and it will be up to him to prove his critics wrong, as Winston Churchill did in 1940, the paper said.

The NRC says that Johnson’s choice of ministers will determine whether he goes for a hard or soft Brexit.

Many of his opponents in the leadership race have already said they will not serve under Johnson as prime minister and if he picks hardliners such as Iain Duncan Smith, Jacob Rees-Mogg or Priti Patel, then that will show he is taking a tough line, the paper said.

The Dutch parliament is with recess and there has been no official comment on Johnson’s victory from the cabinet.

Thierry Baudet, leader of the right wing nationalist party Forum voor Democratie, said on Twitter he congratulated his ‘friend and fellow eurosceptic’ and included a photograph of them both together.

Congratulations to my friend and fellow #eurosceptic, one of the leading voices of #brexit and Britains new #PrimeMinister, @BorisJohnson! pic.twitter.com/D1RCyiQvho

Television presenter Jort Kelder told tv talkshow Jinek that Johnson is ‘absolutely untrustworthy and unreliable and out for his own interests’. But once you take that as a given, you can deal with him, Kelder said.

‘I would consider that, given his charm, he might be able to achieve something,’ Kelder said. ‘It is too easy simply to dismiss him as a clown.’