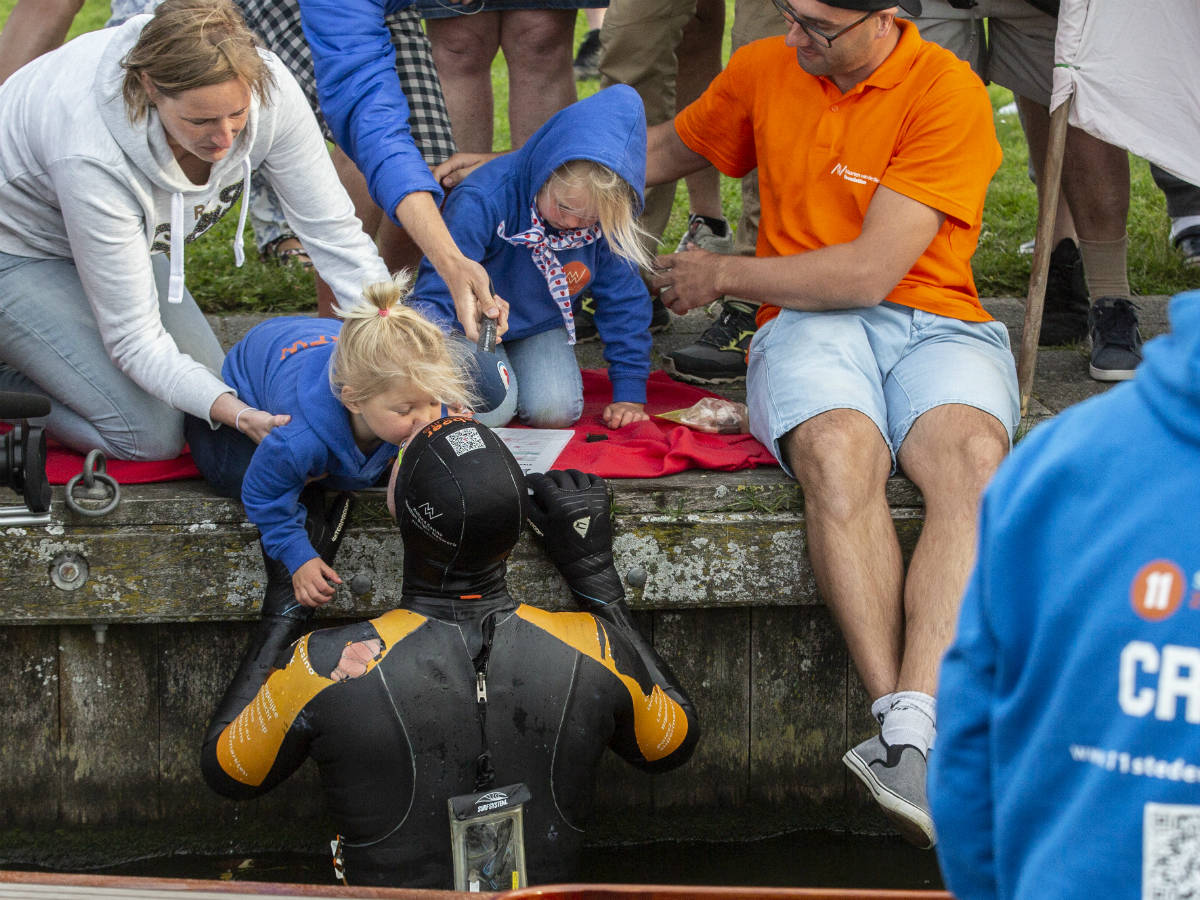 Olympic swimmer Maarten van der Weijden is on course to complete his Elfstedentocht marathon in Friesland on Monday evening.

The 38-year-old is making a second attempt to complete the 196km tour of Friesland’s 11 historic cities, a year after he had to pull out after 55 hours on medical advice.

Crowds have lined the canals of Frisian towns along the route and Dutch media outlets have been providing round-the-clock coverage of Van der Weijden’s marathon swim since he set out from Leeuwaarden on Friday.

The swimmer, who was successfully treated for leukaemia as a young man, is using the marathon tour to raise money for cancer research. The Elfstedentocht, a traditional long-distance skating race held whenever Friesland’s canals freeze over, has not taken place since 1997.

There were loud cheers early on Monday morning when Van der Weijden passed the point in the village of Burdaard where he had to abandon his previous attempt. A sculpture was mounted last week to mark the exact spot.

To complete the tour, Van der Weijden must collect 11 stamps in each of the Frisian towns along the route. He arrived in Dokkum, the tenth city, at around 10am and is due to return to Leeuwaarden in the late afternoon.

Donations to the Maarten van der Weijden Foundation can be made via 11stedenzwemtocht.nl.