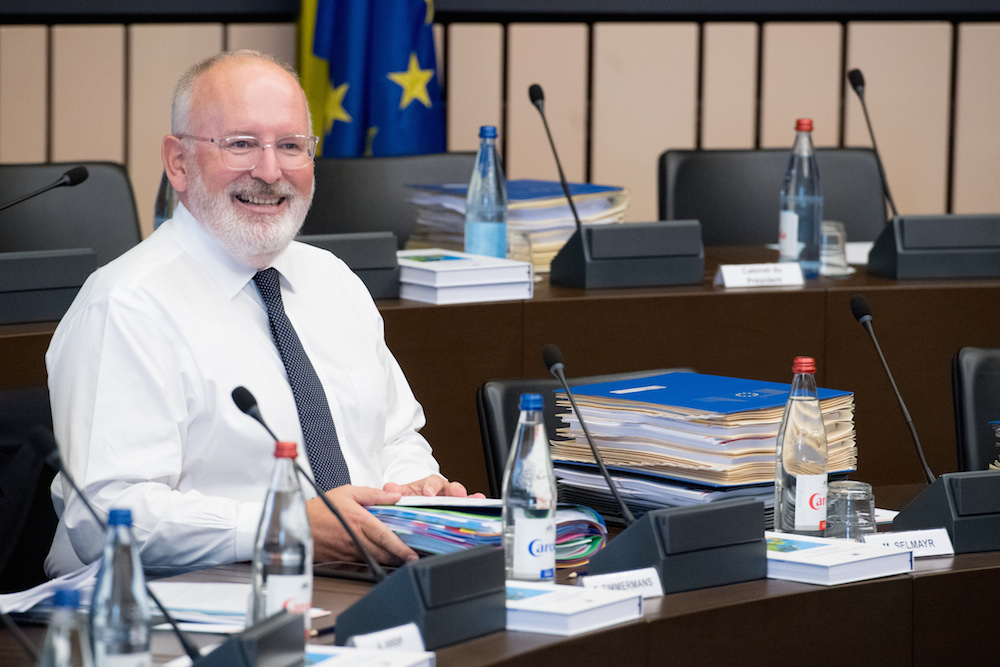 European commissioner Frans Timmermans has called for centre-left parties to form a ‘progressive alliance’ in the European Parliament to outflank the conservative EPP group, which won the largest number of seats.

Both the European People’s Party, which includes the Dutch Christian Democrats (CDA), and the Socialists and Democrats, including Timmermans’s PvdA party, saw their number of MEPs drop overall. For the first time in the parliament’s 40-year history the two largest blocks no longer have a majority of seats.

Timmermans remains in the running for the post of chairman of the European Commission even though the social democrats failed to overtake their centre-right rivals. During the campaign he staged a series of ‘Spitzenkandidat’ debates with the German head of the EPP group, Manfred Weber.

The PvdA ended the election with six seats, three more than in the last parliament, while the VVD of Mark Rutte added a fourth seat. The far-right Forum voor Democratie, led by Thierry Baudet, is set to have three MEPs, fewer than the four or five forecast by opinion polls. The CDA went from five seats to four, while the left-wing green party GroenLinks gained a third MEP.

Both Geert Wilders’s PVV, which campaigned on a Nexit ticket, and the eurosceptic Socialists were wiped out, though the PVV stands to pick up an extra seat if the UK leaves the EU. The animal rights party PvdD and 50Plus also each returned an MEP.

The Dutch results, which closely mirrored exit polls released on Thursday night, failed to trigger a wave of support for the mainstream parties across Europe. The PvdA’s ally in Germany, the SPD, performed particularly badly, taking just 15.6% of the vote, less than the PvdA’s 18% vote share in the Netherlands.

Turnout increased for the first time in the parliament’s history to 50.5% across Europe, the highest level for 25 years. In the Netherlands 41.5% of voters took part, a rise of 3.5% on the 2014 election.

Overall the EPP, made up of European conservative parties, lost 86 seats but remain the largest group with 179, while the S&D went from 183 seats to 150. Affiliated parties took 23.8% and 20% of the vote across Europe respectively.

The Liberal group and the Greens both made gains, winning 107 and 70 seats respectively. Both the VVD and D66, who have 6 MEPs between them, are members of the liberal ALDE group.

The widely anticipated populist surge was more of a tremor than an earthquake, with far-right and anti-EU parties taking just over 15% of the vote, split between two factions. Matteo Salvini’s Lega Nord party topped the poll in Italy, while Marine Le Pen’s National Rally dealt a blow to Emmanuel Macron by edging out the president’s En Marche movement in France.

The results in the UK, which saw Nigel Farage’s Brexit party win 14 seats, were largely ignored in the rest of Europe as Britain’s MEPs are expected to serve far less than their full five-year term, with a provisional Brexit date of October 31.