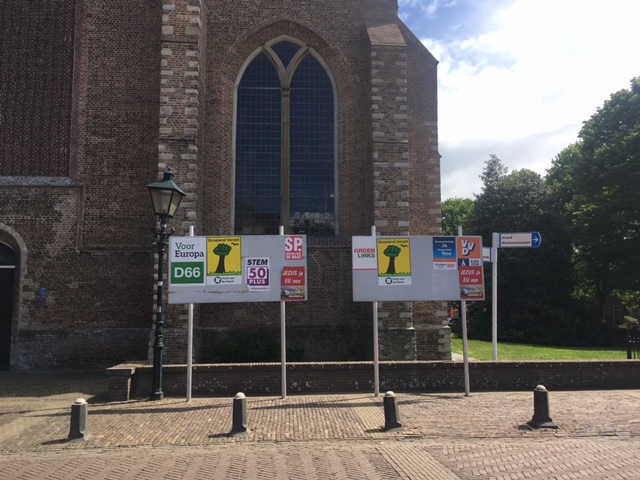 The Netherlands has bucked the trend in most of Europe by electing fewer Eurosceptics to the European parliament in this week’s elections, according to preliminary results based on 98% of the votes.

The votes for the Netherlands give the social democratic PvdA six of the 26 Dutch seats in the European parliament. In second place is the ruling right-wing Liberal party of prime minister Mark Rutte with 4, a rise of one.

This is one more than the NOS exit poll taken during Thursday’s vote forecast, but in line with the GeenStijl poll, which was based on the results of over 700 polling stations.

The huge swing to the PvdA, against the trend in Europe as a whole, is said by pundits to be down to the pulling power of Frans Timmermans, currently one of the European Commission’s deputies and in the running to take over from Jean Claude Juncker as the Social Democrats grouping’s candidate for the top job.

New Dutch nationalist party Forum voor Democratie enters the European parliament for the first time with three seats. This is well below the four or five seats which opinion polls had suggested, based on the party’s strong performance in the March provincial elections.

With green parties doing well in the rest of Europe, the main Dutch green party GroenLinks, added one seat to take three.

GroenLinks campaign leader Bas Eickhout said in a reaction that it would now be impossible for the big political groupings in the European parliament to ignore the green vote.

It was a disappointing night for Geert Wilders’ anti European and anti-immigration party PVV whose support plunged from four seats in 2015 to zero this year.

Wilders is a close ally of Marine le Pen, whose party emerged in the exit polls as the biggest in France, and had been hoping to add weight to the anti-EU grouping he and Le Pen formed last year, but which is now dominated by Italy’s Matteo Salvini.

The Dutch Socialist party, which is also Eurosceptic, was similarly expunged from Brussels and lost both its seats.

The results in full (subject to final confirmation):