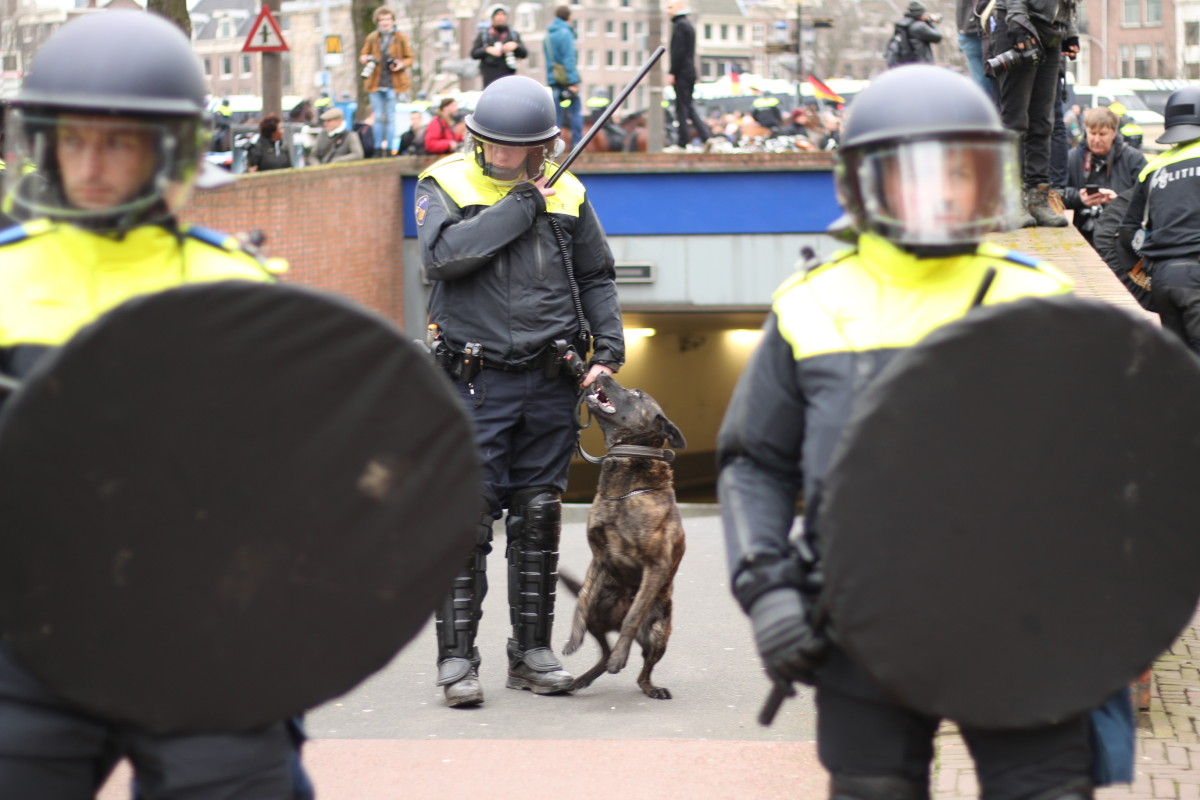 Riot police broke up a demonstration by anti-Islam group Pegida outside a mosque in Eindhoven on Sunday in which four officers were injured.

Tension flared outside the mosque in Otterstraat after a counter-demonstration of men carrying Turkish flags arrived to challenge the protesters. Stones and bottles were thrown as the two sides clashed.

Riot police on horseback drove back the crowd before breaking up the original protest. Seven people aged between 14 and 32 were arrested on suspicion of using violence against police.

Three underage boys were sent home on Sunday evening after being interviewed.

Police said they were still collecting video footage of the incident and did not rule out further arrests.