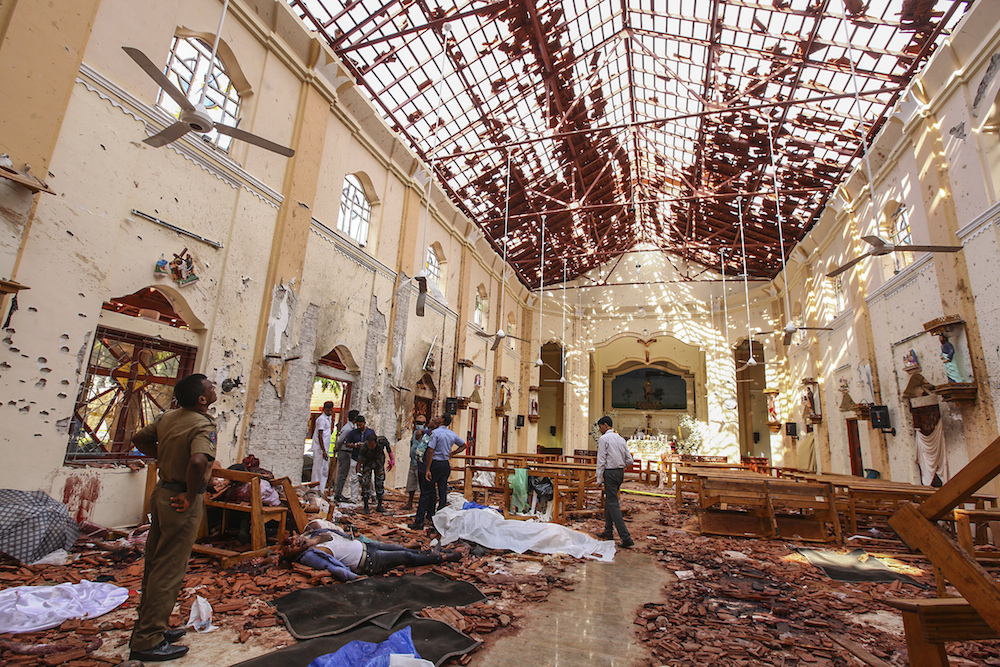 At least one Dutch national was killed in the bloody attacks in Sri Lanka on Sunday, which left at least 290 people dead, the foreign ministry has confirmed.

So far 282 Dutch people have signed in to the Red Cross Ikbenveilig.nl register, where people in countries where disasters occur can let family and friends know that they are okay, broadcaster NOS said.

The Sri Lankan authorities raised the official death toll to 290 dead and 500 injured on Monday. At least 35 foreign tourists are among those killed in the explosions, set off at three churches around the country and at three busy hotels in the centre of Colombo.

The Dutch victim, a 54-year-old woman who did not live in the Netherlands, was killed in the explosion at the Cinnamon Grand hotel, the Dutch foreign ministry said. According to the AD, she was on holiday with her family.

The ministry has sharpened its travel advice for the island, recommending that people avoid the areas where the attacks took place and obey the curfew, and warning of tight security checks at the airport.

Horrified by the terrible attacks on this Easter Sunday in Sri Lanka. Our thoughts are with the victims, including one Dutch national at this moment. The Netherlands has passed its heartfelt condolences to the Sri Lankan people. We stand with you.

Dutch holiday companies said there is no reason to cut short the holidays of people already on organised tours of the island. However, the ANWB decided to cancel two trips which had been set to take place in the coming days, the NRC reported.

More than 20 suspects have been arrested in the investigation into the bombings.

Meanwhile, cabinet spokesman Rajitha Senaratne has confirmed the Sri Lankan authorities were warned two weeks ago that the attacks on Easter Sunday were being planned. No-one has yet claimed responsibility.

More on the attacks