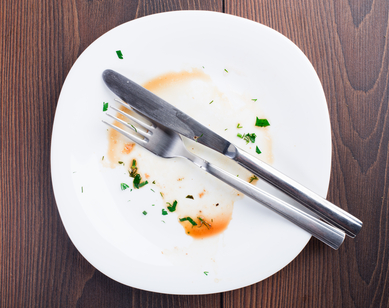 The Netherlands should look to Scandinavian examples and allow more prisoners to prepare and cook their own food, because there is evidence that they are less likely to re-offend, according to research carried out by the justice ministry.

The researchers looked at existing research on a wide range of food issues and found that poor nutrition and vitamin shortages does have ‘relevance’ in the lives of prisoners both outside and inside jail in terms of depression, aggression and anti-social behaviour.

In particular, there are ‘robust’ links between poor diet in childhood and subsequent behavioral problems, ‘even if alternative explanations are statistically taken into account, such as poverty and socio-economic status,’ the report said.

Until now, Dutch prison catering has been based on the principles of being cheap and easy, and although prison meals do provide ‘sufficient’ vitamins and minerals, there are doubts about whether enough is being done, the researchers said.

‘Self-catering as a food system (which is being tested on a small scale in Dutch prisons) is more in line with the principles of incarceration, such as the importance of self-reliance, personal responsibility in offenders and normalisation,’ the report said.

In addition, the research indicates that more could be done to develop nutrient based treatments for aggression in prisons.

Read the summary in English