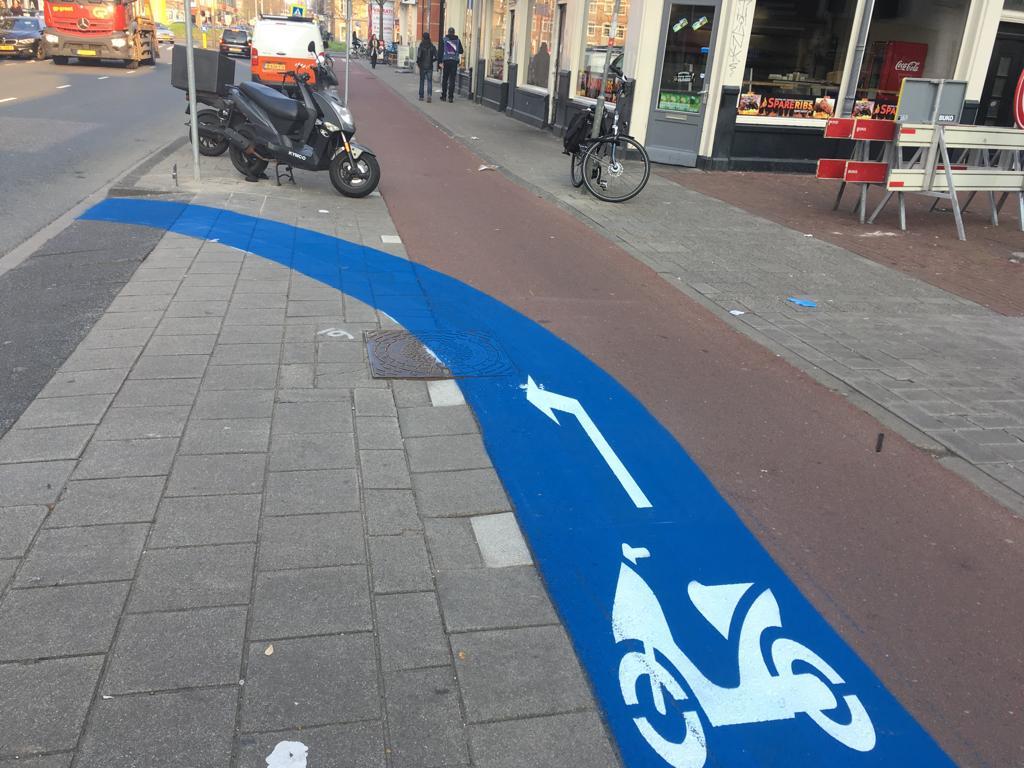 A ban on mopeds on most of Amsterdam’s cycle paths came into effect on Monday an an attempt to ease congestion and improve safety on the city’s streets.

The new regulation will require all blue-plate mopeds to use the main roadway in around 80% of the area inside the A10 ring road. Riders will also have to wear a helmet.

Some 500 wardens will be out enforcing the ban, but will not issue fines for the first two months while riders adjust to the change in the law.

Under Dutch law small mopeds with a top speed of 25 km/h, known as snorfietsen, can use cycle paths and are exempt from the requirement to wear a helmet.

However, the growth of traffic and the arrival of other vehicles such as cargo bikes, e-bikes, rickshaws and taxis has led to congestion and irritation among cyclists. Other cities with high cycle congestion, such as Utrecht, are considering following the capital’s lead.

So many mopeds have been ‘tweaked’ to increase their top speed that the average speed measured on Dutch roads is 35 km/h, 10 km above the legal limit. Higher-powered scooters with a top speed of 40 km/h have been banned from urban cycle paths since 1999.

Amsterdam has not been able to impose an outright ban because the law states that blue-plate mopeds can only be excluded from cycle lanes on roads with an exceptionally high volume of two-wheeled traffic.

The road safety organisation SWOV has estimated that moving all scooters to the main roadway would save up to 300 traffic injuries a year. The Netherlands is the only country in the world where the majority of people who die in road accidents are on bikes or scooters, according to SWOV.

However, the measure is not universally popular. Around 42,000 people have signed a petition calling for mopeds to be allowed to stay on cycle paths, on the grounds that making them share the road with cars and lorries will be less safe. (An earlier petition in support of the ban gathered 200,000 signatures.)

Police have also said that increasingly complex traffic rules are becoming too confusing for users and officers to follow. Some vehicles, such as larger mopeds or brommers, can use cycle lanes in the countryside but have to travel on the roadway in cities.

In addition, the wardens who regulate public order, known as boa’s, are taking action this week to highlight the growing pressure and aggression they face while carrying out their duties.

Wardens in Amsterdam will not issue fines this week and have threatened to strike for three hours on King’s Day – April 27 – as part of a campaign for better protection. They have called for the government to equip them with body cams, pepper spray and batons so they can defend themselves against people who react violently to on-the-spot fines.