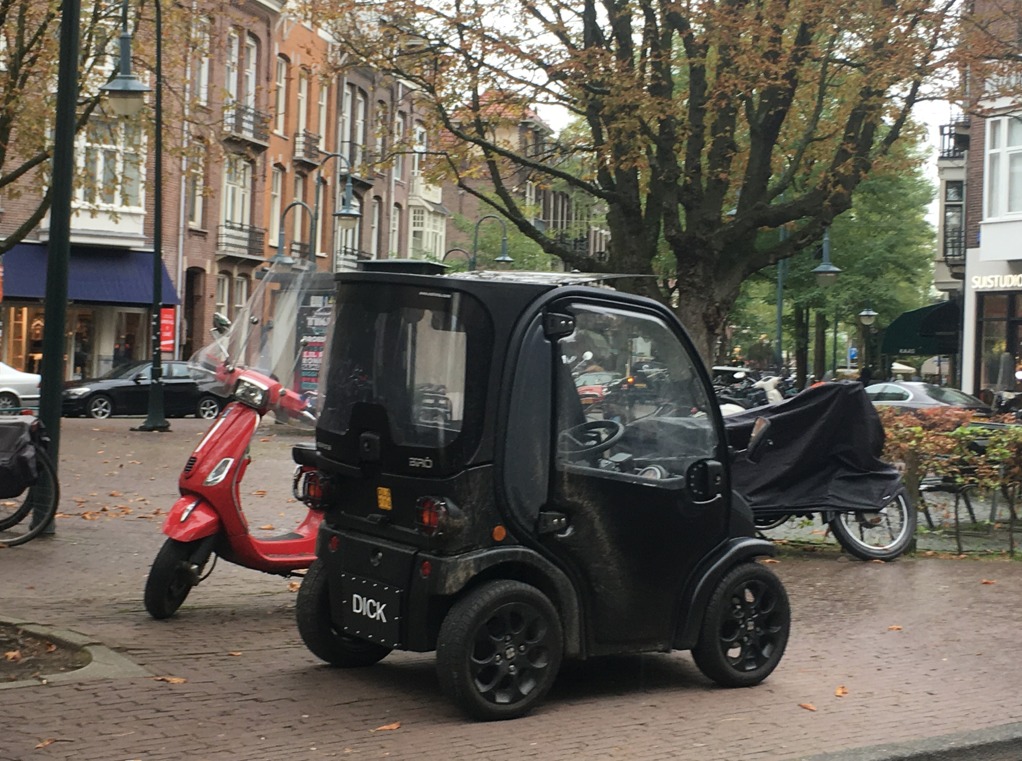 Complicated rules and a lack of clarity about who is allowed where, are making it impossible for the police to make sure the right vehicles are allowed to use cycle paths, Dutch police union chief Gerrit van de Kamp has told the Financieele Dagblad.

On Tuesday, Amsterdam announced that slower mopeds, known as a snorfiets in Dutch, will be banned from some of the city’s cycle lanes from next April and Utrecht is bringing in a similar ban at the end of the next year.

But there are so many different sorts of vehicles on the road – from electric cargo bikes to mini electric cars and segways – that it is impossible to know what is allowed where.

For example, the Biro, a small electric car popular with well-heeled city dwellers, can park anywhere and is allowed to drive on the roads and on cycle tracks. Yet it can be bought in versions travelling at up to 60 kph.

The segway, classed as a ‘special moped’ is confined to cycle paths and electric scooters (step in Dutch) are banned from both the roads and cycle paths altogether, the FD said.

New alternative vehicle companies are also waiting for more clarity, the FD said. Scooter rental platforms such as Lime and Bird are making inroads into European cities and the Netherlands is on their list.

The Swing Trike, a small electric tricycle, is allowed on bike paths but the Stigo Bike, a tiny collapsible moped, will be consigned to Amsterdam roads.

‘If you can’t tell a potential client where you should be on the roads, or if you need to wear a helmet, then you have a problem,’ Pieter Dekker, of the electric vehicle lobby group Doet, told the paper.

Next year, the FD points out, the chaos will be made worse when mopeds are banned from some, but not all, roads within the Amsterdam ring road.