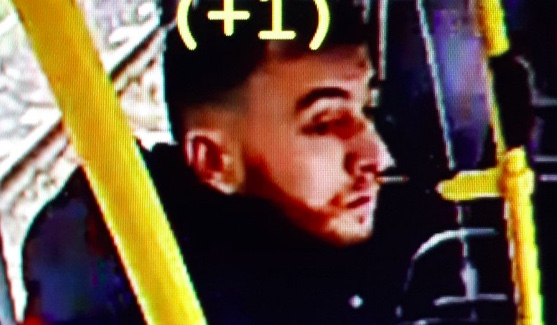 Police photo of Gökmen Tanis, suspect in the shooting in Utrecht on March 17 2019.

The suspect wanted for shooting dead three people in Utrecht on Monday morning has been arrested, police said at a news conference on Monday evening.

Three people were killed and five injured, three seriously, in the attack which took place on and outside a tram on Monday morning in the Kanaleneiland area of the city.

The circumstances of the arrest are still unclear, and officials at the news conference were taken by surprise by the development, which came as the meeting was ending.

However, justice minister Ferd Grapperhaus confirmed shortly afterwards that the man was ‘known to the police’ but would say nothing further about the circumstances of the arrest or the motive.

‘This was an attack on people on a tram, and that is unprecedented in the Netherlands,’ he said.

Police had earlier named their prime suspect as 37-year-old Gökmen Tanis, who has a history of petty crime and recently appeared in court on rape charges.

Prime minister Mark Rutte said that given the scale of the deaths and the impact on the Netherlands and beyond, the shooting could be described as an ‘attack’. But the motive for the shooting is still being investigated, he said.

A terrorist motive has not  been ruled out and police are also looking into the possibility that the shooter knew his victim.

Several eyewitnesses report that the gunman appeared to target a woman and then turned his gun on several people who were trying to drag her to safety.

One man, Jimmy de Koster, told RTV Utrecht that he saw a young woman lying on the floor. ‘I heard three shots and four people ran towards her and tried to drag her away. Then I heard more shots and the people let her go. It was chaotic.’

Another, Danny Molenaar, who was sitting at the front of the tram told broadcaster NOS that the tram stopped suddenly on a bend.

He said he looked outside and saw a woman lying on the ground. At first, he said, he thought it was an accident and that the woman had been hit by a tram. Then, he says, he saw a man with a gun approaching the group that had formed around the woman and heard shots.

Utrecht residents were ordered to stay inside for several hours while heavily armed police hunted the gunman, leading to deserted streets. Several homes were searched and police also found the red car believed to have been used as a getaway vehicle.

Another man was arrested earlier but the extent of his involvement has not yet been determined, police chief Rob van Bree told the news conference.

Utrecht mayor Jan van Zaanen said the lock down had been ordered because of earlier reports that shootings had taken place at various locations in the city.

The lock down was lifted shortly after 4pm.