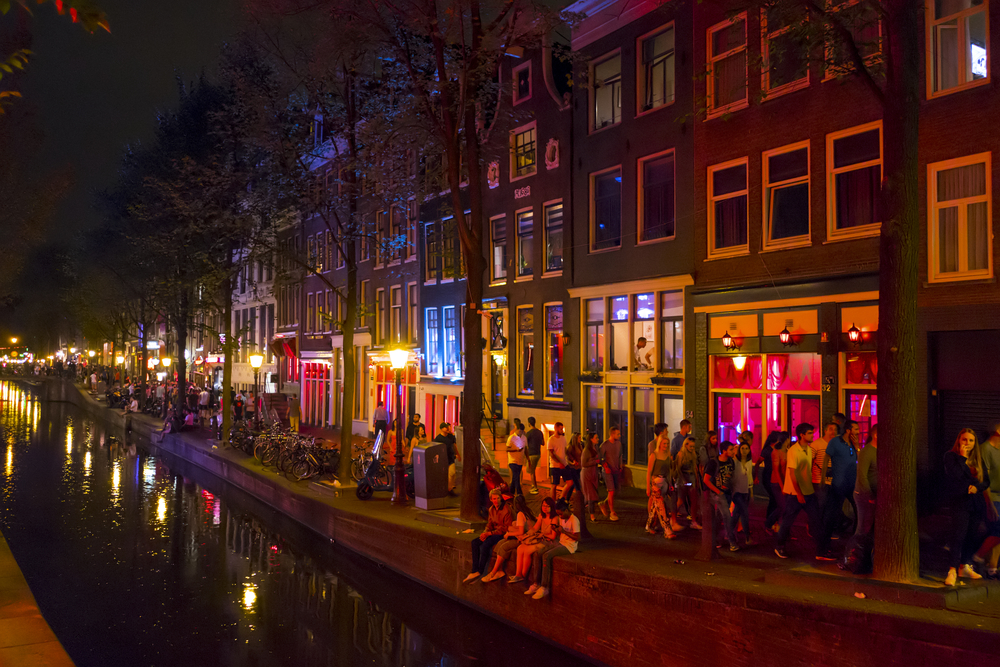 Amsterdam is banning all organised tours from the city’s red light district and has placed a maximum of 15 participants on guided tours throughout the rest of the medieval centre.

The measure is the latest in a string of plans to reduce the nuisance caused by too many tourists in the oldest part of the city, which locals say is making it impossible to live there.

The ban on tours, with titles such as ‘tour the red light with mistress Lola’, will come into effect on January 1 next year and includes pub crawls and other organised guided walks.

‘We do not consider it appropriate for tourists to leer at sex workers,’ alderman Udo Kock said, announcing the plans.

Research shows that more than 1,000 organised groups spend time on  Oudekerksplein in the heart of the red light district every week, with a peak of 28 an hour in the early evening.

City officials have been tightening the controls on groups of tourists in the red light district for the past year. Guides now need to have proper papers, there is a limit on numbers and a ban on late night group excursions.

Guides outside the red light district will now have to have permits as well, city officials say. The new measures introduced across the city centre also include a ban on free tours and touting for participants, and the introduction of a tourist tax on ticket prices.

And while the measures introduced so far have resulted in a drop in the nuisance experienced by local residents, two-thirds still say they are bothered by the guided visits.

In addition, four in five prostitutes say that the presence of guided tours is hurting their business. Local councillors and city mayor Femke Halsema have all suggested moving the red light district to a new location as an option.