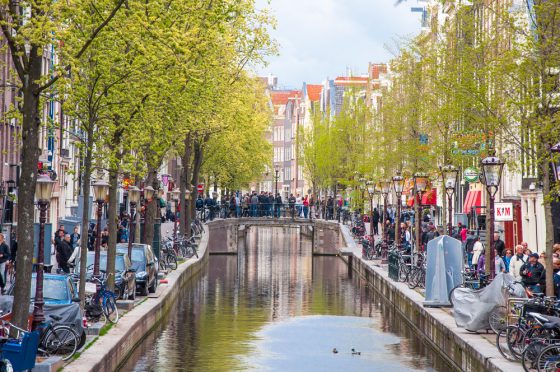 Amsterdam city council has brought in tough new rules for guided walks in the city’s red light district and all tours with more than five participants will need a special licence.

The new rules also tighten up the conditions for bike and segway tours and state that no guided walks with more than 20 tourists will be permitted. Tours involving drugs or alcohol are also banned and the guides must also make sure that when standing still, tourists have their backs to the red light windows.

Independent guides and companies which break the rules will face stiff fines, the council said.

The move is the latest in a string of efforts made by the city to reduce the concentration of tourists in the oldest parts. In October officials also announced a ban on new shops focusing on fast food or souvenirs.

According to the Parool, the city centre is now home to 280 shops targeting tourists.

The new rules on guided tours have been introduced after efforts to get tourist companies to agree to an informal set of guidelines flopped. Only 40% of firms offering guided tours signed up.