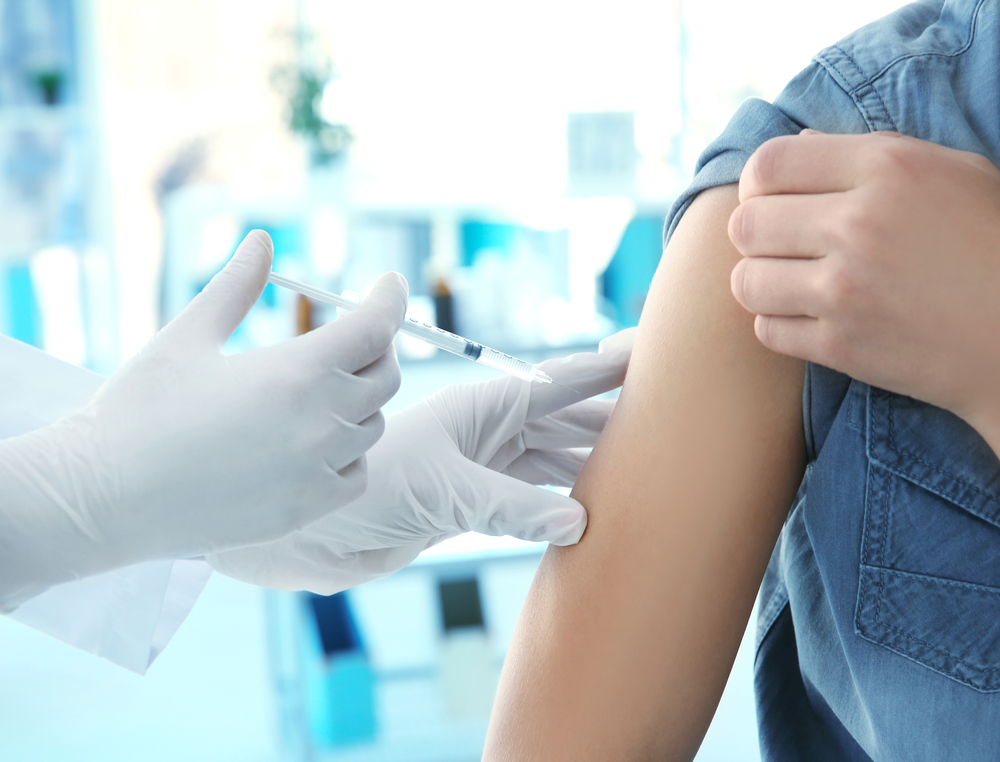 Nearly 14% of the 132,000 young teenagers called up to be vaccinated against an increasingly deadly form of meningitis have failed to come forward, according to figures from the public health council RIVM.

All 13 and 14-year-olds are being offered the jab against meningococcal W, which has claimed 41 lives since 2015. The publicity campaign started last October.

There are sharp regional differences in the take-up rate, the AD reported on Friday. In Zeeland, 28% of teens have not yet been vaccinated, in Amsterdam 23%. Zeeland is part of the Dutch Bible belt where many parents do not agree with vaccinations.

The infection most commonly occurs in the 15 to 19 age group and is spread by coughing and sneezing. The virus can live in the nasal passages without causing infection, but if it enters the bloodstream or nervous system it can trigger symptoms similar to gastric flu such as high temperatures, vomiting and diarrhoea.

Around one-sixth of all cases prove fatal, but the death rate is twice as high for 14 to 24-year-olds. People who develop severe diarrhoea are at the greatest risk.

Junior health minister Paul Blokhuis said in reaction to the figures that Amsterdam and Zeeland could turn into pockets of infection. ‘We are calling together a group of experts to try to find out how to best reach these groups,’ he told the AD.

The Netherlands is currently grappling with a general downturn in vaccination rates. At the moment 90.2% of Dutch children are vaccinated against potentially serious illnesses such as measles, polio and whooping cough.

This is below the level of 95% the World Health Organisation considers safe.

Some crèches are already taking action by refusing to admit children who have not been vaccinated although this is against the rules, broadcaster RTL Nieuws reported last year.

Both the VVD and D66 ruling parties back the unofficial crèche policy and there is cross party support for making vaccinations compulsory.