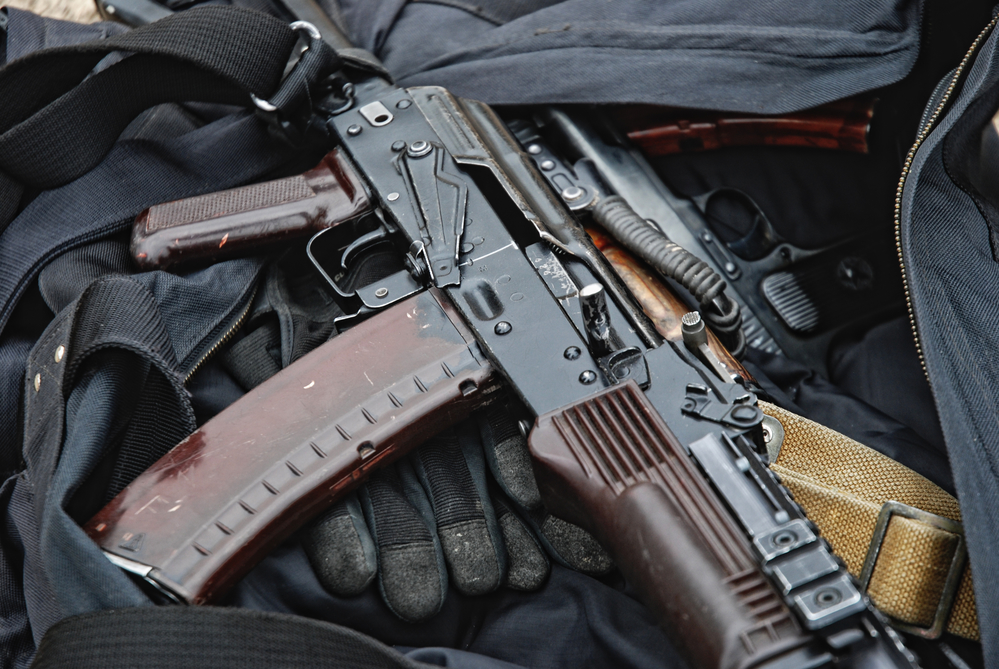 A file photo of a kalashnikov rifle. Photo: Depositphotos.com

Photos showing a group of suspected terrorists wearing bomb vests and waving Kalashnikov rifles while living in a house on a holiday park in Limburg have been broadcast by RTL news.

The photos come from police footage of the four men, who were arrested at the end of September in a string of raids in connection with what police said was ‘a major terrorist attack’.

The images were made during a two hour meeting between the suspects and two undercover police officers. The police were posing as arms traders who could supply weapons for an attack. The holiday house was bugged to collect evidence, RTL said.

In total, seven people were arrested. They ranged in age from 21 to 34 and three of them, including the alleged ringleader, have previous convictions for attempting to join IS in Syria.

Terrorism expert Jelle van Buuren told RTL that the photographs show that ‘here are people of conviction, busy practising for a major attack.’

RTL said the weapons had been made safe and there were no explosives in the bomb vests. The photos were taken on September 27, the same day the gang was rounded up.

The investigation began into the 34-year-old man police suspect to have led the cell in April, following a tip-off from the AIVD security service. The AIVD said the man, an Iraqi national, had been planning an attack at a major event in the Netherlands with the aim of creating as many victims as possible.

Six of the suspects will appear in court for a remand hearing on Thursday. The seventh suspect was released from custody but is still formally considered a suspect.