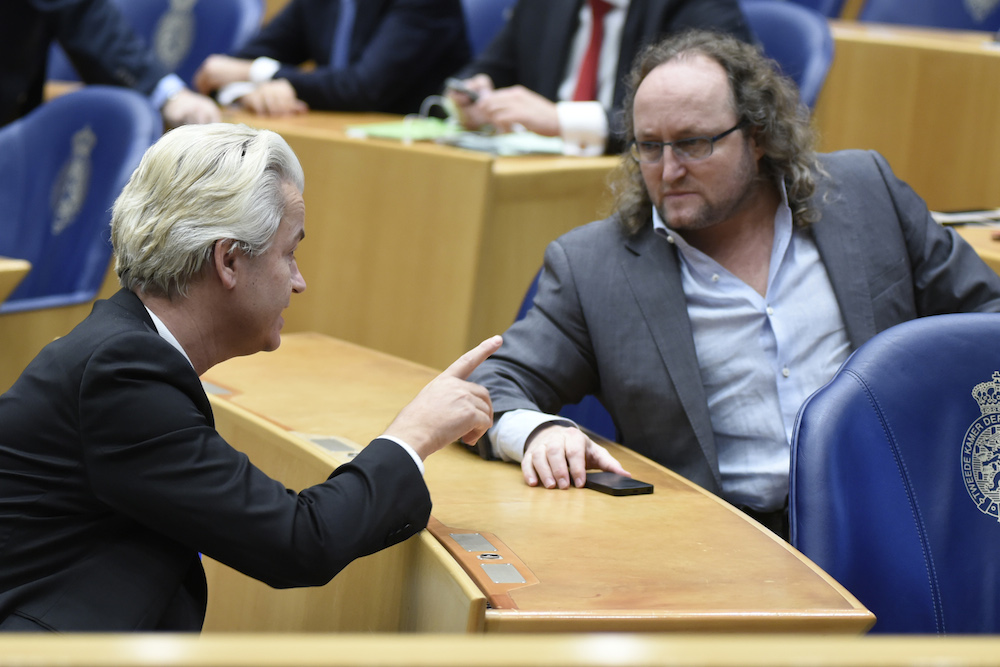 The ex-wife of PVV parliamentarian Dion Graus has made a police complaint against him, alleging that he hit her on one occasion and made her have sex with his bodyguards, the Telegraaf said on Wednesday.

Graus, who has represented the anti-immigration party in parliament for 12 years, has denied the allegations. He told the paper his former partner is ‘confused’ and unable to deal with their divorce. The two separated last summer.

The Telegraaf says ex-wife Joyce worked for the PVV in parliament for free for years but has now been placed on the payroll. She told the paper that Graus had forced her to have sex with his private bodyguards ‘to pay them’ and that he had been abusive both mentally and physically.

Graus faced claims that he had beaten up another wife early into his political career. No formal charges were made against him, although the public prosecution department concluded later there had been sufficient evidence against him.

Party leader Geert Wilders said that Graus had strenuously denied all the allegations against him. ‘Without evidence to the contrary, I can do nothing but assume this is the case,’ he said.