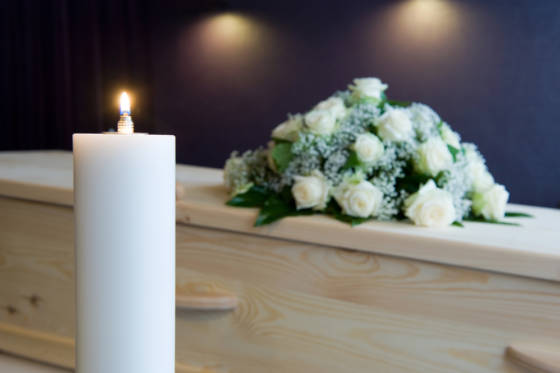 More people are opting for an informal and intimate funeral followed by ‘a toast to life’, a survey by independent insurance information centre Uitvaartverzekeringswijzer has found.

Some 70% of the 2,300 respondents said they favoured cremation over burial, largely because it is expensive and they don’t want to burden their families with the upkeep of the grave. Cremation is most popular with the 18 to 30 age group: 84.2% said to prefer cremation compared to 42,5% of the over 75s.

The traditional coffee and cake served after most funerals in the Netherlands is also losing ground. Over half of the respondents from Flevoland, Noord-Holland and Limburg want to buy their friends and family a final round and make a toast to life. Only the provinces in the northeast of the Netherlands are still holding on to the coffee and cake ritual.

Almost 70% of the respondents want their funeral to be an informal occasion perhaps accompanied by a slideshow, speeches by friends and the favourite music of the deceased. Many also indicated that formal clothing was not necessary.

Groningen is the only province which opted for an open coffin during the funeral ceremony.

‘The wishes regarding funerals are the way forward for funeral directors. People are clearly thinking more about aspects like sustainability and the environment, director of the centre Leon Schouten said.

60% of Dutch households have funeral insurance with cremations or burial costing upwards of €5,000 although budget funerals with no ceremony at all can be had for €1,200.

Rules and regulations surrounding burial practices are set to change this year, including the obligatory 1-month wait to pick up the ashes of a relative and quicker burials for Muslims and Jews. The introduction of resomation, or dissolving the body in liquid, is also being studied.