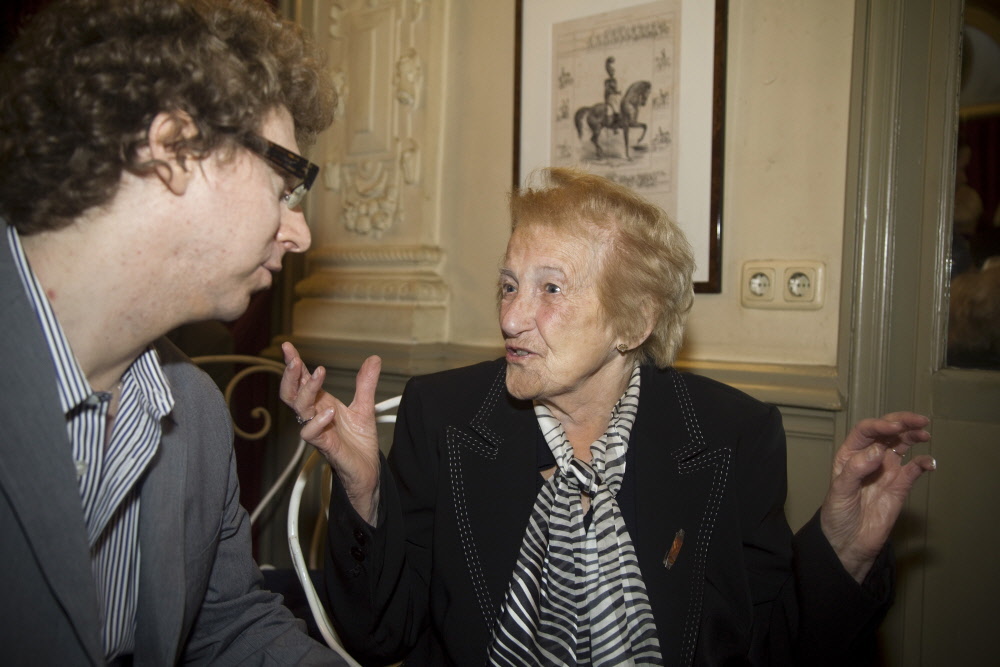 The Netherlands’ most prestigious literary prize PC Hooftprijs has been awarded to 98 year-old author Marga Minco.

Minco, who is Jewish, is most famous for her bestselling book Het Bittere Kruid  (bitter herbs, 1957)) in which she evokes the war years in 22 short stories.

The author was in her early twenties when she escaped from being transported to a concentration camp by simply walking out of the house when ‘the men in raincoats’ came to take the family away.

Her father asked her to get the coats and Minco kept running until she found herself ‘alone in a deserted city’. She spent the rest of the war in hiding and under an assumed name.

None of her family made it back from the camps and the war was to remain the dominant theme in her writing making her, the jury said, ‘the Dutch voice of European war time literature’.