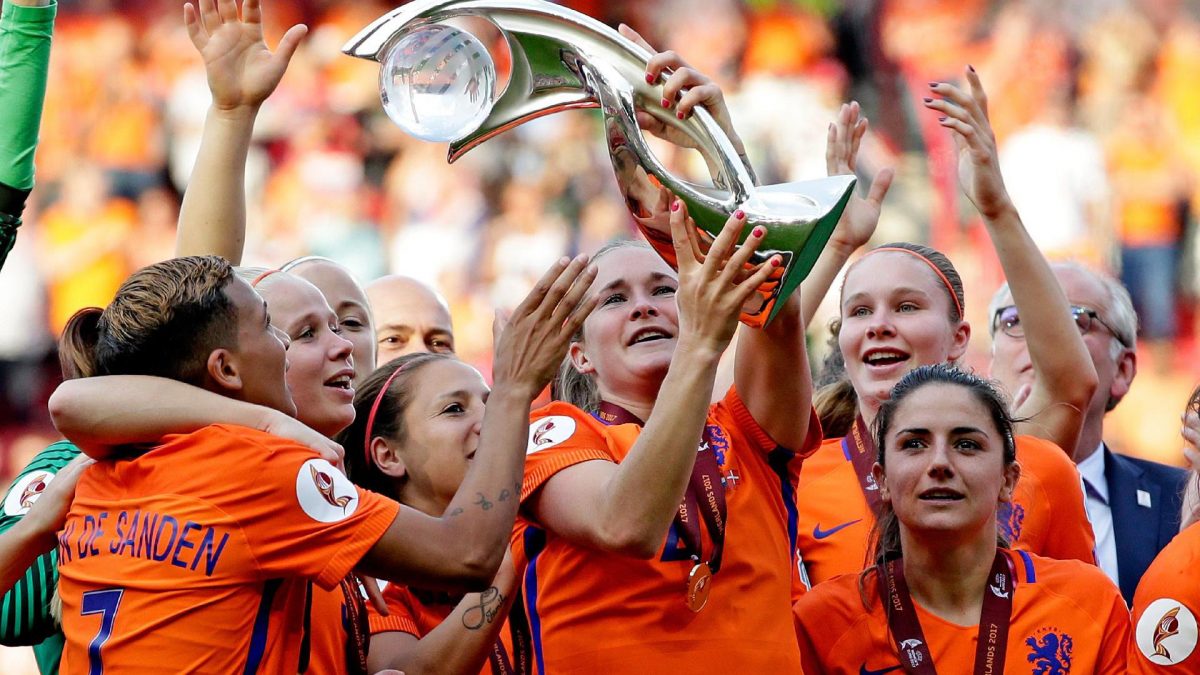 The Dutch government wants to host the women’s World Cup football tournament in 2027 to build on the team’s recent international successes.

The Leeuwinnen became European champions on home turf last year and last week qualified for the 2019 finals tournament in France.

D66 MP Antje Diertens told AD she will raise the subject in a debate in Parliament on Monday. Coalition partners the VVD, CDA and ChristenUnie have already indicated they support the plan, as has the Dutch football association KNVB.

‘These women deserve full stadiums and the attention of the media. They are genuinely approachable role models for girls who play sport or want to take it up,’ she said. ‘What could be better than organising the greatest women’s football tournament in the world?’

The Netherlands’ hopes were boosted in June when the United States, Canada and Mexico were chosen as hosts of the men’s World Cup in 2026. The US was among the leading contenders for the women’s tournament, but FIFA is unlikely to award two tournaments to the same country in successive years.

A KNVB spokesman said: ‘We saw at the 2017 Women’s Euros what kind of impact a tournament like this can have, not just for sport at the top level but across the board.

‘There is huge support for the Oranje Leeuwinnen, as we saw last week when they qualified again for the 2019 World Cup.’