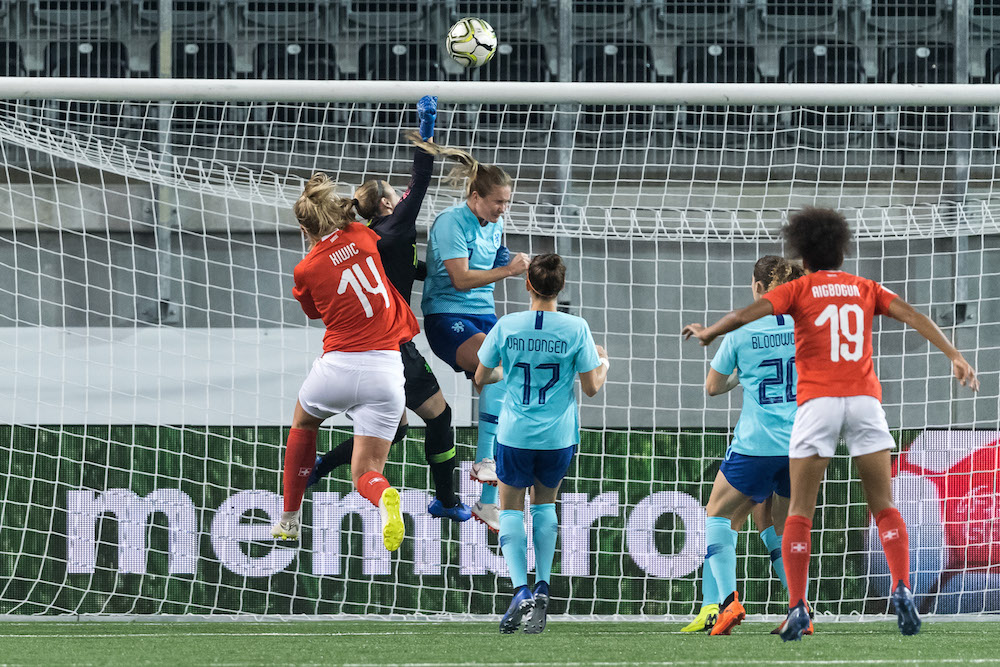 A 1-1 away draw against Switzerland on Tuesday night put the Dutch women’s football team into next year’s World Cup competition in France.

Oranje, reigning European champions, won the first leg at home 3-0 and had seemed sure of a place until Anouk Dekker was sent off early in the game. Vivianne Miedema put Oranje ahead in the second half, with Switzerland equalising shortly afterwards.

‘I am very happy with this,’ coach Sarina Wiegman said after the game. ‘This is what we did it all for. We want to be among the best in the world on a structural basis and are really looking forward to the experience.’