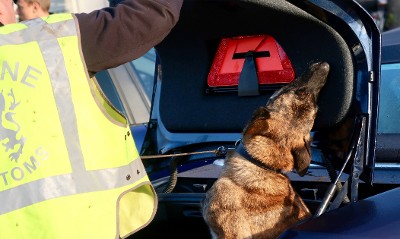 Rotterdam police arrested six people, confiscated 25 cars and handed out fines totalling €104,000 on Friday, in a day of action against organised crime which took place in three locations in Rotterdam Zuid.

Some €63,000 in cash was also confiscated, as were large quantities of drugs.

In total, around 100 officials were involved in the campaign, in which cars were targeted using police intelligence and number recognition systems, police said.

Rotterdam is grappling with a crime wave in which the criminal circuit is becoming more embedded with normal society – such as money laundering, police said in a statement.

‘This campaign is aimed at showing residents that the government is getting tough on the way society is being undermined, and that crime does not pay,’ according to a police statement on Twitter.

Locals were informed about the police campaign via leaflets.