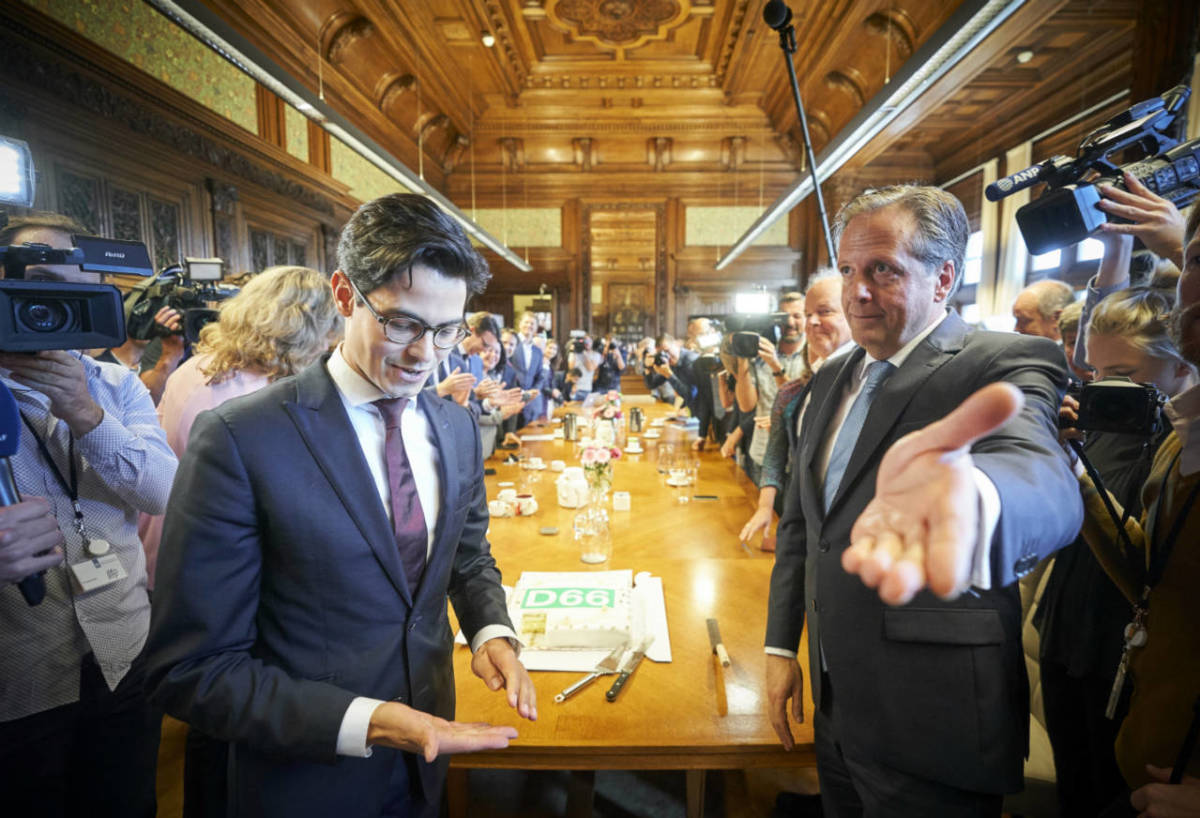 Rob Jetten has been named as the new leader of liberal Democratic Party D66 after Alexander Pechtold stepped down at the weekend.

Jetten, 31, becomes the third-youngest party leader in Dutch political history, following Jesse Klaver, who was 29 when he took over as leader of GroenLinks in 2015. Hans Weigel became leader of the VVD in 1970 aged 30.

Despite only being elected to parliament in 2017, Jetten was one of the front-runners to succeed Pechtold along with foreign affairs spokesman Sjoerd Sjoerdsma and integration spokesman Jan Paternotte, both of whom are also under 35.

As the MP responsible for environment policy he cites the climate accord, designed to cut CO2 emissions by half by 2030, as his major achievement. ‘I want to play my part in a country that looks to the future with optimism. A country where we share things fairly. A country at the forefront of tackling the climate crisis,’ he wrote on the party’s website.

Pechtold announced on Saturday that he was quitting as party leader and vacating his parliamentary seat as of Tuesday. He later revealed in an interview with Vrij Nederland that he had made the decision in the spring to step down after a decade during which he took the party’s representation in parliament from three seats to 19.

After negotiating the coalition deal that took D66 into government for the first time since 2006, Pechtold decided to stay in parliament rather than seek a ministerial post. More recently he had been dogged by scandals concerning the gift of an apartment in Scheveningen by a Canadian friend and accusations by his former girlfriend that he had called her ‘mentally unstable’.

The party’s poll ratings have fallen sharply since it joined Mark Rutte’s centre-right coalition, particularly following the abolition of the advisory corrective referendum, a measure which was steered through by D66 minister Kajsa Ollongren. Many saw it as a betrayal of the party’s founding principle of constitutional reform.