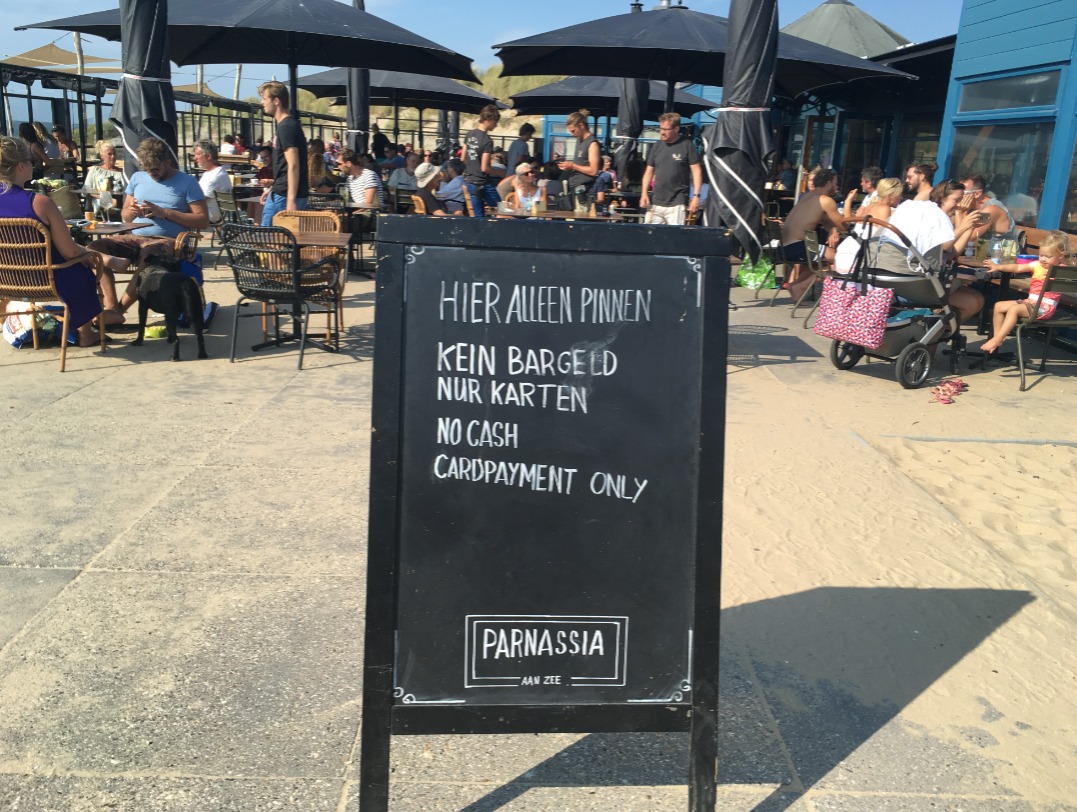 No cash is accepted at this beach cafe. Photo: DutchNews.nl

The percentage of payments made by direct debit cards in the Netherlands has topped the 60% mark, according to new figures published by the Dutch central bank.

Over the past six months, 61% of purchases at shops, petrol stations, pubs, restaurants, hotels and other retail outlets were made by debit card, the central bank says.

Going cashless leads among the under 24%, 77% of whom paid for their purchases by debit card in the first half of this year.

However, central bank chief Coen Voormeulen has told the AD newspaper that the shift to a cashless society does bring problems with it.


‘Lots of people have difficulty using a direct debit card, including the elderly and the visually handicapped,’ he said. Hacking and computer breakdowns are also an issue, he said. ‘Going cash-free makes a society vulnerable.’

‘We hope to reach agreement by consensus but if that does not happen, rules could be introduced,’ he said. ‘It is up to politicians to decide if the rules should be changed. But if large supermarket groups or big retail chains stop accepting cash, we will view that as a major problem.’

The central bank gave a similar warning about going cash free in June.

Cash is being phased out in Dutch shops and on trams and buses. Amsterdam’s public transport system has been cash free since earlier this year, and various shops, such as Marqt and the Vlaamse Broodhuis, have never accepted coins or notes. Supermarkets are also developing ‘pin only’ checkouts.