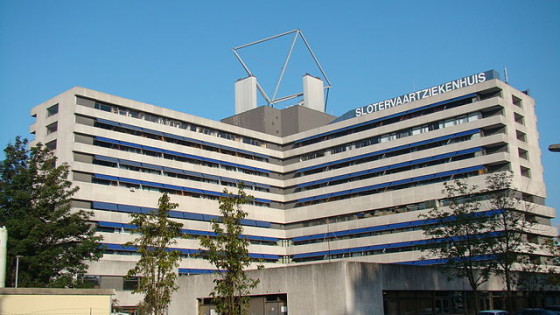 From 3pm on Friday, the corridors of the Slotervaart hospital in Amsterdam New West will fall silent.

Several dozen ambulances are busy taking the last 50 patients to other hospitals, reports broadcaster NOS, after the hospital’s owner the MC Group announced that it would be filing for bankruptcy.

The group also announced earlier this week that the IJsselmeer hospital group in Flevoland, would be going bust.

At the Slotervaart, some of the 1095 hospital staff were at work on Friday although they had not been paid yesterday, according to the NOS.

It filmed emotional workers arriving to an uncertain future, but pledging to put ‘patients first.

The broadcaster reported that some 30,000 appointments in various outpatient clinics would still go ahead but that all inpatients would be moved to the care of other hospitals.

Public health institute the RIVM told the NOS that there were enough other hospital spaces in nearby locations in Amsterdam and that people would still be able to be treated there within 45 minutes in case of need.

Slotervaart hospital, a private concern which had reportedly made millions by producing heroin under license for the health ministry, had been facing financial trouble in 2013 and was then taken over by the MC Group.

The NOS reported on Thursday that it may be possible to restart the IJsselmeer group, on its six campuses, if a potential sale succeeds.

In Flevoland, where Zuiderzee hospital in Lelystad will also close without a rescue deal, doctors have expressed concerns about whether people in the region will be able to access hospital care in the required 45 minutes, reports the Volkskrant.