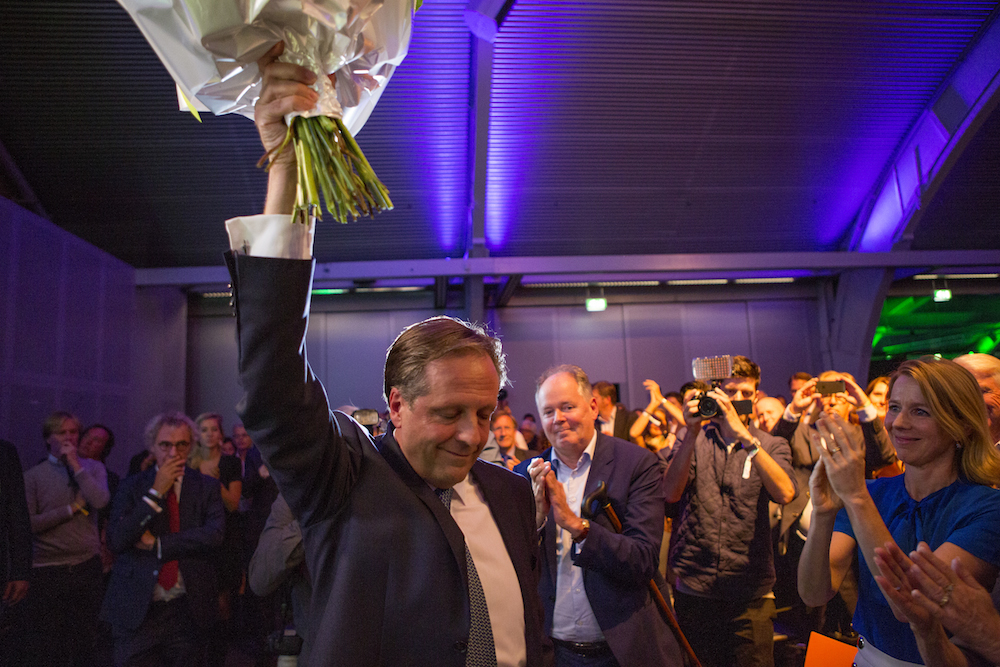 D66 leader Alexander Pechtold is standing down as head of the party and will quit as an MP on Tuesday, he told delegates to the party congress on Saturday.

There has been mounting speculation that Pechtold would leave after 12 years in the job. He has recently been at the centre of two separate scandals, one involving the gift of an apartment and the other his ex girlfriend.

Pechtold told delegates in his final speech as party leader: ‘I am leaving the stage’. He said he had one aim when he took over the top job in 2006, and that was to get D66 into government. ‘I have given everything. It is time for new leadership,’ he said.

The party, he said, has managed to achieve many of its ideals in the past years and there are now a number of D66 mayors around the country. He admitted D66 is not doing well in the opinion polls at the moment but said: ‘I am convinced that people will again see that a vote for us is a valuable vote. Because don’t forget, we are a stable, middle party, a government party.’

When Pechtold became party leader, D66 had just six seats in the 150-seat lower house of parliament. It now has 19 but its popularity has plunged since joining the current centre-right coalition.

MPs will vote for a new parliamentary party leader on Tuesday but that person will not necessary replace Pechtold as national party leader, and several of the potential candidates for the job are not MPs.

Home affairs minister Kajsa Ollongren and aid minister Sigrid Kaag are among the names being touted as Pechtold’s successor. The relatively young D66 MP Rob Jetten has also been mentioned, as has the party’s foreign affairs spokesman Sjoerd Sjoerdsma.

An outside candidate is said to be Boris van der Ham, who resigned as an MP in 2012 and is now an actor, writer and chairman of the Dutch humanists association.

Prime minister Mark Rutte said on Facebook that Pechtold is someone ‘you can always do business with. ‘Above all, he is a good colleague and extremely nice when it comes to personal contact,’ Rutte said.

Labour leader Lodewijk Asscher said Pechtoldhas ‘aways served democracy’. ‘I will miss the sharp debates… but most of all the pleasant cooperation,’ he said.