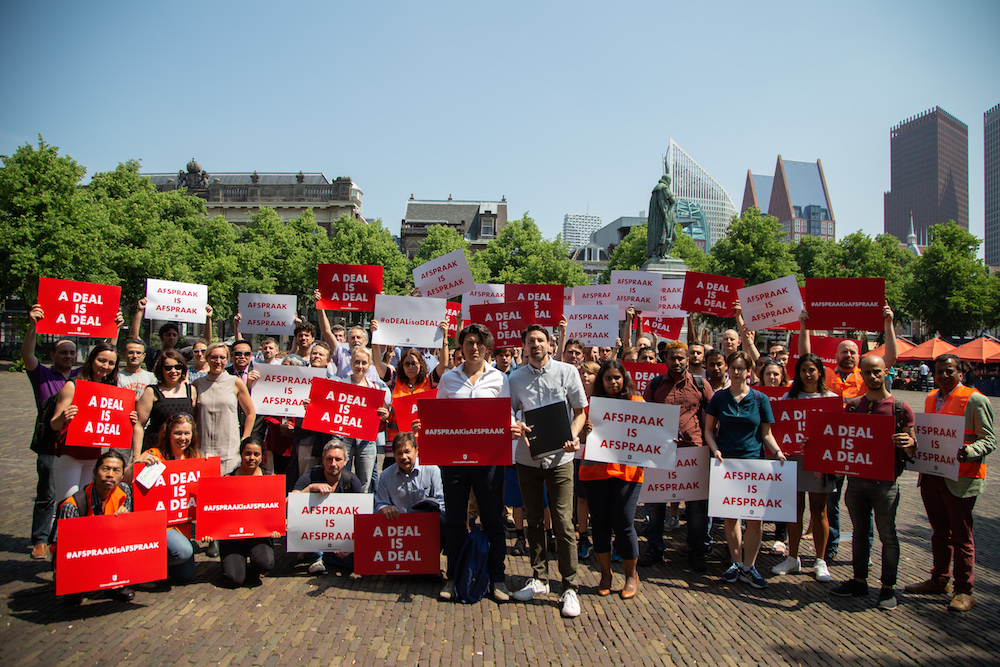 Lobby group United Expats in the Netherlands says it will seek legal advice about the government’s refusal to bring in a transition agreement for international workers faced with losing the 30% ruling from next January.

Campaigners had hoped the government would change its mind and back a transition period in the 2019 budget, but the measure is not mentioned in any detail in the finance ministry documents, despite intensive lobbying by industry, unions and universities as well as expats. The cut from eight to five years is expected to save some €203m next year.

UENL says the decision not to have a transition period for people who expected to have the benefit for at least three more years is ‘ill-planned, harsh, and unfair’ and will ‘dramatically affect the lives of thousands of expats and their families living and working in the Netherlands’.

‘Our community of members has raised nearly €20,000 to fund this effort and we will continue to fight for those affected,’ spokeswoman Jessica Taylor Piotrowski said.

‘To significantly disrupt the lives of so many families by breaking an existing deal is counter to the principles of the Netherlands and, even more, may violate Dutch and European law. A deal is a deal.’

The VNO-NCW employers organisation said in its comments on the 2019 budget that the cabinet is wrong to cut spending on the 30% ruling. ‘The government is showing itself to be unreliable,’ the organisation said in a statement. ‘At a time when the labour market is tight, this is a missed opportunity to bind foreign experts and technicians to our country.’

Tax minister Menno Snel confirmed in July he is to cut the duration of the tax break from eight to five years, without a transition period. This means thousands of expats face losing thousands of euros a year which they had been told earlier they would get.

Snel told reporters on Tuesday after the plans were presented that the government is ‘most proud about everybody benefiting, but it is true that working people will benefit the most, as we promised.’

Financial planner José de Boer, who advises expats on financial issues and mortgages, told DutchNews.nl the government’s decision to press ahead with scrapping the dividend tax to boost the business climate ‘makes it even more surprising that the government wishes to pursue its plans to cut the 30% tax ruling.’

‘They wish to attract the companies, but not the highly skilled staff that are also needed?,’ she said.