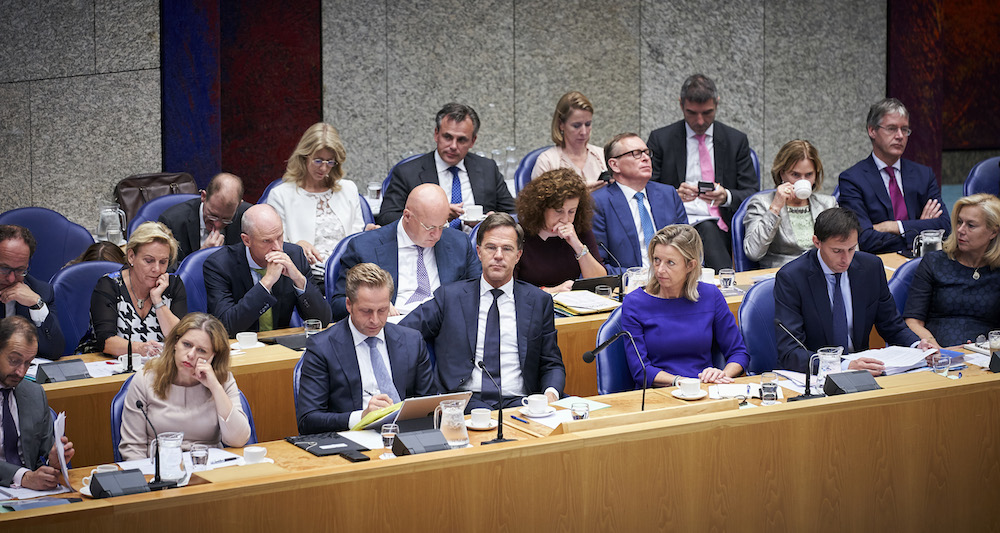 VVD MP Klaas Dijkhoff’s call for the Netherlands to follow Denmark in introducing tougher penalties for people from ‘problem areas’ who commit crimes were dismissed as a smoke screen and class justice by MPs during Wednesday’s debate on the government’s new spending plans.

Each party leader is given time to speak in the debate, and Dijkhoff used part of his to call on the coalition to adopt the Danish methods – plans which he had outlined in the AD on Wednesday morning. Denmark has introduced a string of measures, including compulsory pre-school education and tougher sentencing, in a bid to combat the development of what it calls ‘ghettos’.

Dijkhoff, who currently leads the VVD in parliament, said in an interview with the paper that integration has ‘failed’ and that he believes the Netherlands is failing to give people the freedom they should have.

He wants the cabinet to draw up a list of areas where the non-western immigrant population tops 50% and where unemployment and crime are high. Dijkhoff said he also backed the introduction of compulsory lessons in ‘democratic values and traditions’, saying that people who do not cooperate should face benefit cuts.

His comments dominated the early part of the debate and pushed opposition criticism of the plan to scrap the tax on dividends into the background.

Socialist leader Lilian Marijnissen told the debate: ‘Dijkhoff seems to be suggesting that he wants to introduce class justice. Should that also go for [Amsterdam business district] Zuidas, where fraud is more prevalent?’

Dijkhoff replied by saying he did not consider the Zuidas to be a criminal neighbourhood. The aim of his plan is to enable people from difficult areas to ‘work their way out’, he said.

Alexander Pechtold, leader of the the VVD’s coalition partner D66, described the concept as ‘transparent’ and said it would be ‘idiotic’ to label some areas tougher punishment zones.

And Sybrand Buma, leader of coalition partner CDA, wanted to know if a person who beat up an emergency service worker in Amstelveen should get a lighter sentence than someone in Amsterdam’s Nieuw West.

Tunahan Kuzu of Denk asked Dijkhoff how the policy would relate to the concept of equality in the eyes of the law. ‘I though at first this was a trick to distract us from the plan to scrap the tax on dividends. But then I thought, if this is what you think, why do you vote against measures to combat poverty and inequality?’

The debate on the budget will continue into Wednesday evening and resume on Friday, after the prime minister returns from an EU summit.