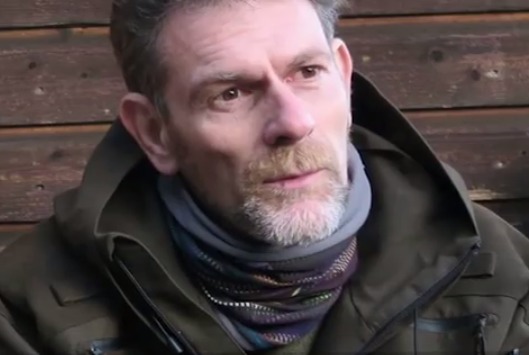 Jos Brech is suspected of killing the boy

Maastricht police said on Wednesday that mass dna tests had given them a suspect for the murder of an 11-year-old boy on a campsite over 20 years ago.

The man, now aged 55, was named as survivalist and former scout leader Jos Brech who was questioned at the time of the killing after he was spotted close to where Nicky Verstappen’s body was found in 1998.

Brech was released after saying he was simply out walking in the area. Simpelveld, where Brech lived with his mother, is some 10 kilometres from Brunsummerheide where Nicky was killed. He was also questioned several years later but not considered a suspect.

‘With the knowledge that we have today, we would have done things differently,’ police chief  Ingrid Schäfer-Poels told the press conference.

Brech apparently moved to France at the end of last year and was reported missing by his family in April. His name turned up after police tested the dna of over 15,000 men living in the area near where Nicky Verstappen disappeared.

Although he did not come forward for testing, there was a match with a family member who told police that Brech is missing, police said. Police announced plans for the mass dna test in May 2017.

His last known address was in Vogezen, in the east of France, where he had apparently gone walking, police said. Police said he is also known as a ‘bushcrafter’ who makes use of mountain huts and caves for shelter.

‘The man has disappeared. He is a survival specialist, can live in the wild, uses no cash and does not have a phone,’ said television crime reporter Peter R de Vries after the press conference. ‘This man must not be allowed to get away. Justice must be done.’

Brech was active in the scouts movement in the years after Nicky’s murder and worked at a playgroup for several years. Most recently he has organised holidays in Europe. In 1985 he was a suspect in a sex crime but the case was closed without a trial, broadcaster NOS said.

Nicky Verstappen was taken from his tent while at summer camp in August 1998. His body was found the next day but his killer was never identified.

A cold case team started re-investigating the murder five years ago and now new techniques have allowed scientists to identify dna found on Nicky’s body and clothes. In 2010, police exhumed the body of an 85-year-old man in connection with the murder, without result.