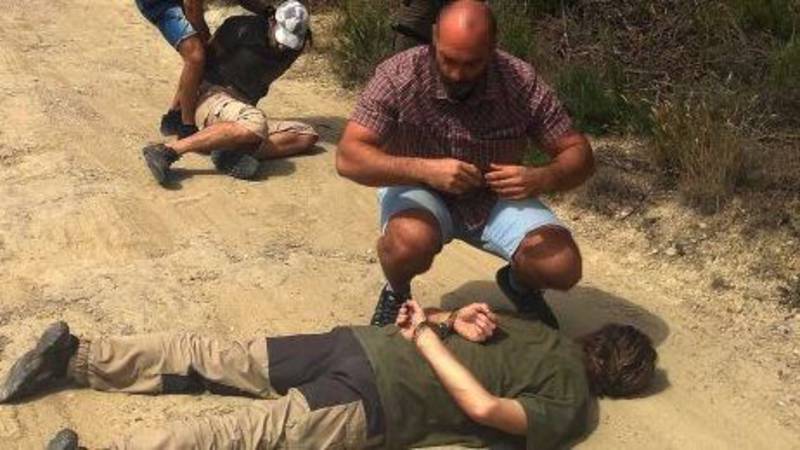 Spanish police have released photographs of the arrest

Jos Brech, the man wanted for the murder of 11-year-old Nicky Verstappen over 20 years ago, has been arrested in Spain and will be extradited to the Netherlands.

Brech was found after a tip-off from another Dutchman, named by the Telegraaf as Erik. He told the Telegraaf he had spoken to Brech several times before photos showing Brech were broadcast on Dutch television.

Brech was found in an isolated wooded area some 50 kilometres from Barcelona, near a place named Castelltercol, the Telegraaf said. He was living in a tent near a large house which was used as ‘a sort of commune’ and chopping wood at the time of his arrest.

Last Wednesday police revealed a dna match with Brech after a mass testing of men in the Limburg region. He was identified through the dna of a family member.

Brech, a survivalist, was reported missing by his family in April this year after going to France. Dutch police told a news conference on Monday they suspected he may have moved on to Spain because he had researched isolated Spanish villages on the internet.

Nicky Verstappen was taken from his tent while at summer camp in August 1998. His body was found the next day but his killer has never been identified.

On Friday it emerged that Brech was a known sex offender.