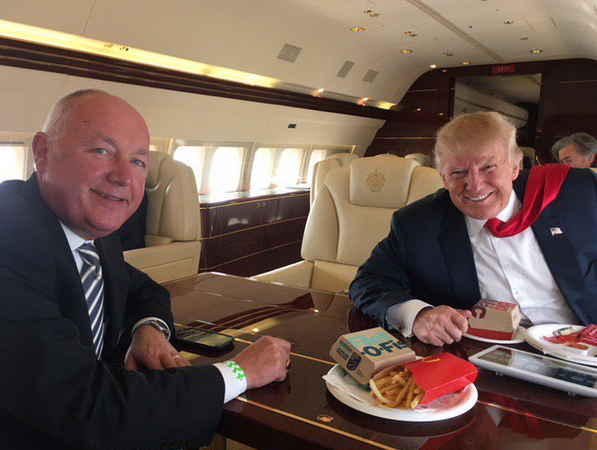 The United States’ new ambassador to the Netherlands has given an interview to current affairs programme EenVandaag in which he ‘regrets’ his difficult start in the Netherlands and describes reports of putting migrant children in cages as an ‘exaggeration’.

Piet Hoekstra got off to a tricky beginning as ambassador to the Netherlands after he was shown to have said that there are no-go zones in the Netherlands and that politicians were being set on fire. He first denied the comments as fake news and later told the Telegraaf that he was wrong.

The programme, which will be broadcast on Monday night, takes place in an old Citroen ‘deux chevaux’ car and is part of a summer series of EenVandaag interviews.

Asked by the interviewer if he understood that people are ‘very concerned’ about Trump, Hoekstra said ‘no, no I don’t, not at all.’

The policy of separating migrant children from their parents is a policy which was being carried out under the Obama administration as well, Hoekstra said. ‘This is not a Donald Trump policy,’ he said.

‘Migration is not only an issue that we are concerned about in the US,’ he said. ‘The EU, of which the Netherlands is a part, is turning back ships into the Mediterranean. Rather than the Dutch to be judging the US, it is the recognition that migration flows are a serious issue that Europe and the United States have to deal with.’