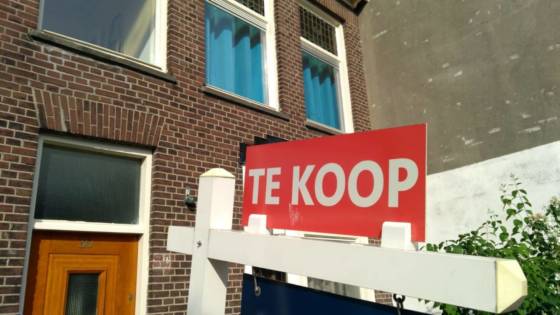 Amsterdam city council will give clear priority to housebuilders submitting plans for social and middle income rental housing in the next seven years, it said in a response to a question from VVD councillor Naoum Néhmé.

The city aims to build 7,500 houses a year until 2025, and has already given planning permission to two-thirds of the total, including around 12,500 houses for sale and 5,900 for free market rental.

‘To keep the housing market accessible for all groups of Amsterdammers, the government believes that the space left available [for building] up to 2025 must mostly be filled with social and mid-priced rental homes,’ the council said in its written response.

Jasper Karman, spokesman for housing deputy mayor Lauren Ivens, said the coalition isn’t imposing a complete ban, because allowing some homes for sale might be necessary to break even. But the clear priority is to greenlight affordable homes.

‘If you leave it to the market, you know what will happen,’ he told DutchNews.nl. ‘It will only be expensive homes for sale. But this government is convinced that there should be places for teachers and students, for example, and if we don’t do anything that won’t happen.’

In the past five years, Amsterdam housing prices have risen by more than 65%, according to property company Calcasa and last year only 7% of new rental builds were affordable for those on an average income.

Not everyone agrees with the left-leaning coalition’s plans. A recent CBRE property advisory group report says its ambition to boost affordable housing will lead to more shortages and price rises, by putting off developers.