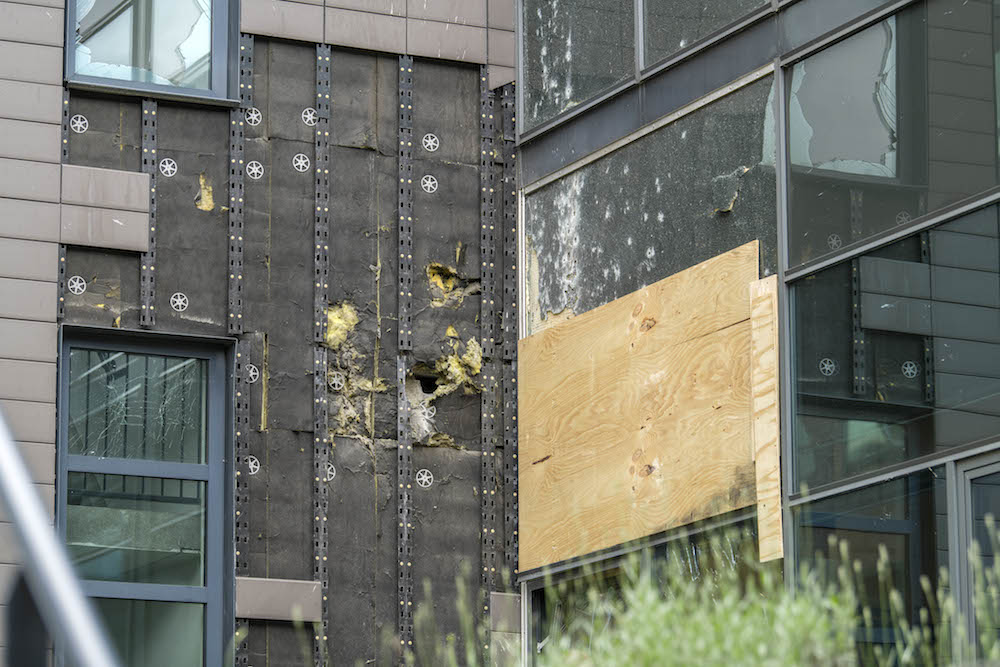 A 41-year-old motorbike gang member has been arrested for firing an anti-tank missile at an office block housing the Panorma and Nieuwe Revu magazines late on Thursday evening.

The man, who was arrested at 6am, is said to come from Woerden and, according to broadcaster NOS, is president of the Woerden chapter of biker gang called Caloh Wagoh MC Main Triad.

It is still not clear what the motive for the attack is, but it could be connected to a publication about two members of the gang in Panorama earlier this year, NOS said.

‘We are taking it very seriously,’ Panorama editor in chief Peter van de Kraats said. ‘We assume it was meant for us, but we don’t know where it came from.’

Damage caused by the missile was limited and journalists are back at work,  Van der Kraats said.