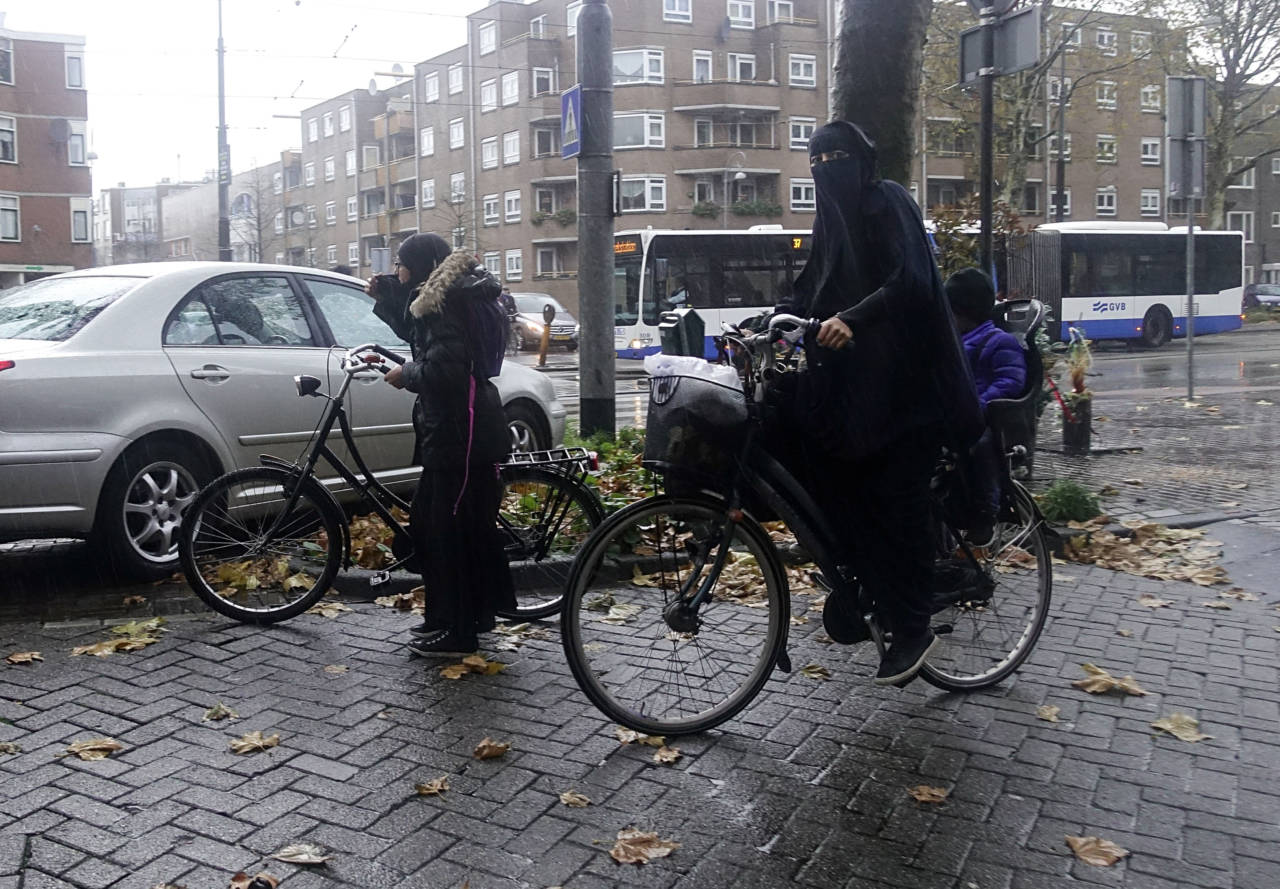 A woman in a niqab ona bike in Amsterdam. Photo: Katrien Mulder via HH

Senators will next week vote on controversial proposals to ban people from wearing burkas and balaclava helmets in public places, 13 years after a burka ban was first mooted.

The ban, which is likely to have clear majority in the upper house of parliament, includes a €400 fine for people who cover their faces in government buildings, on public transport and in schools and hospitals.

During Tuesday’s debate on the ban, D66 senator Thom de Graaf said D66 senators are convinced of the need for the ban, which is a symbolic law to solve a problem which is not really an issue.

Other senators too said the new rules would be symbolic. However, CDA senator Tom Rombouts said wearing a burka was an obstacle to the social integration of women. The burka is also encourages inequality between men and women and this is something which had no role in Dutch society, he said.

Next week’s vote ends a long period of proposals and motions in support of a partial or full ban.

In 2005, the lower house of parliament first supported a motion by Geert Wilders and the PVV for a ban on the public wearing of burkas and in 2010 a total ban was included in the coalition agreement at the behest of the PVV.

That coalition collapsed after the PVV withdrew its support and a partial ban was included in the 2012 coalition plans. In November 2016 the lower house of parliament backed the measure, which has now been debated in the senate.

The Council of State, which is the government’s most senior advisory body, has recommended against introducing a ban, arguing that there are already sufficient provisions in law to require people to show their faces.

There are said to be about 150 women who wear a burka or niqab on a daily basis in the Netherlands. Critics say the effect of a ban will make it impossible for these women to go about their daily lives and enforcing the ban will be a waste of money.