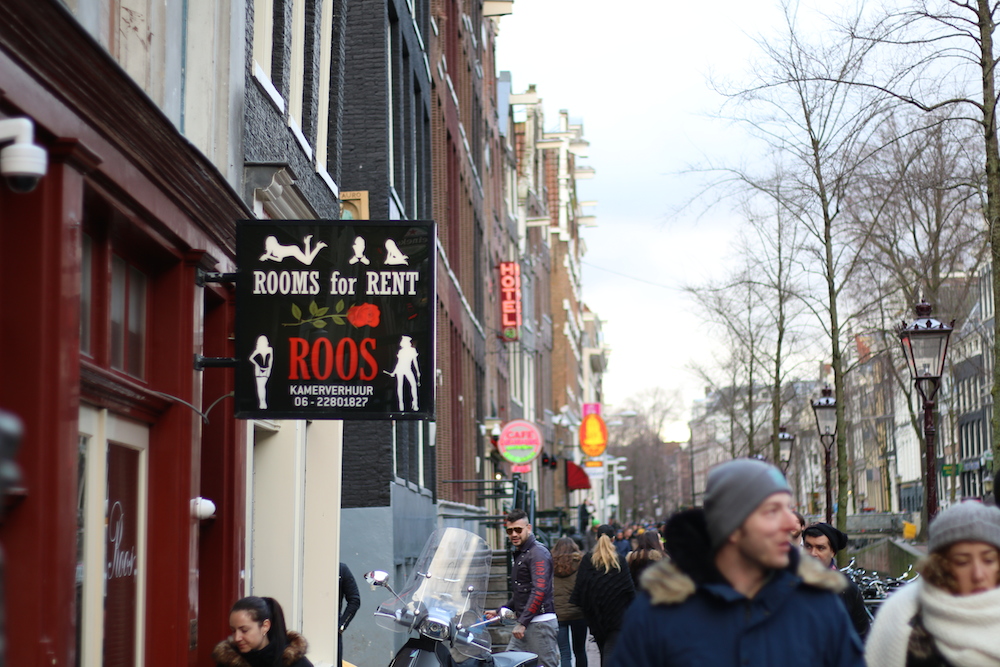 Amsterdam has not succeeded in its efforts to clean up the city’s red light district, according to a new report by the council’s audit office.

The old city centre still contains a ‘monoculture’ of tourist shops and low-value cafes and bars and nor have officials been able to get a grip on human trafficking and forced prostitution, the report said.

The ambitious programme to clean up the city’s 1012 district was started 10 years ago by then alderman Lodewijk Asscher, who now leads the Labour party.

Project 1012 had two main ambitions; to replace cannabis cafes and souvenir shops with restaurants and galleries and to tackle the sex industry by closing brothels and stepping up controls.

The audit office says there have been some successes in the previous 10 years. The public space is less grubby and house prices have gone up more sharply than elsewhere in the city.

The project has also remained within budget although no exact figures are given. This is so as not to damage the city’s bargaining position in buying up property from sex industry bosses.

From sex to smoothies: reforming the red light district

Nevertheless, the ‘desired economic upswing’ has not happened. Officials may have closed 48 coffeeshops but they have been replaced by waffle shops and mini supermarkets. And the combination of rising property prices and tourism has created a great deal of unhappiness among locals and local businesses, the report says.

Nor has there been any real progress on breaking up the ‘criminal infrastructure’ in the district, and the closure of more than 100 brothel windows and extra checks on brothel owners have not led to a reduction in human trafficking.

‘I have not spoken to anyone who thinks this system works well,’ audit office researcher Jurriaan Kooij  told the NRC.

One reasons for the relative failure of the project has been the ‘fragile support’ for the plan, the audit office said. It recommends officials do more to win and keep support and start tackling smaller areas within the red light district.