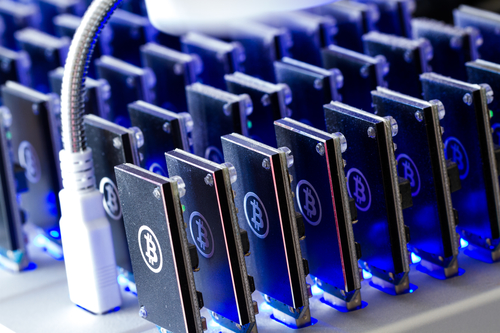 An Icelandic national who escaped from jail on the island at the end of last week has been arrested in Amsterdam, Dutch media said.

Sindri Thor Stefansson is wanted in connection with the theft of 600 computers which were being used to mine virtual currencies, including bitcoin, in Iceland. The machines are still missing.

The thefts took place at three data centres at the end of last year and Stefansson was arrested along with 10 other people in February. He was being held at a low security prison.

According to Dutch media reports, Stefansson jumped out of a window at the prison and made his way to the airport where he boarded a plane for Sweden. Trips to Sweden do not require passport checks and he was travelling on a ticket made out to someone else, news agencies reported.

It is unclear how he made his way to Amsterdam and police have not said how they were able to track him down. However, on Sunday he was photographed with two others in front of the Bijenkorf department store in central Amsterdam and the picture was placed on Instagram, the AD said.

Stefansson send a letter to an Icelandic newspaper last week claiming he was being held in jail illegally and was planning to raise the issue at the European Court of Human Rights.