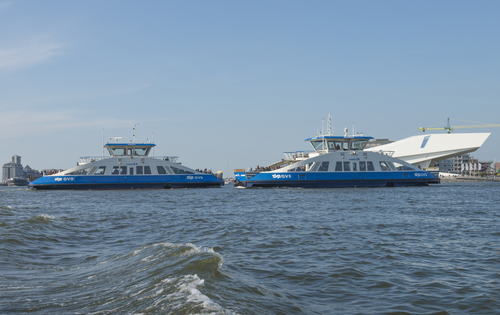 Amsterdam city council is poised to publish six different proposals for a bike and pedestrian bridge linking the city centre with its northern suburbs after rejecting calls for a tunnel.

The bridge plans will be published on April 19, after which the city will hold hearings to measure the public response, the city said in a statement. The earlier-mooted 160-metre-long Java island bridge over the IJ is one of the six crossings being studied, it said in a statement on Thursday.

Some 46,000 people make the crossing every day by bike or on foot and the city expects this number to double by 2030.

There was strong local reaction to both the bridge and tunnel plans for the route in the eastern port area when it was first suggested last year.

Some critics say the fixed link is unnecessary with the new north-south metro due to open in July. Others say the Java island route is too far from the city centre and will be under-used.

The bridge proposal also makes it necessary to relocate the cruise ship terminal on the south side of the IJ. More than 100 cruise ships now call at the terminal every year and the bridge would make it impossible to turn around before exiting the area.