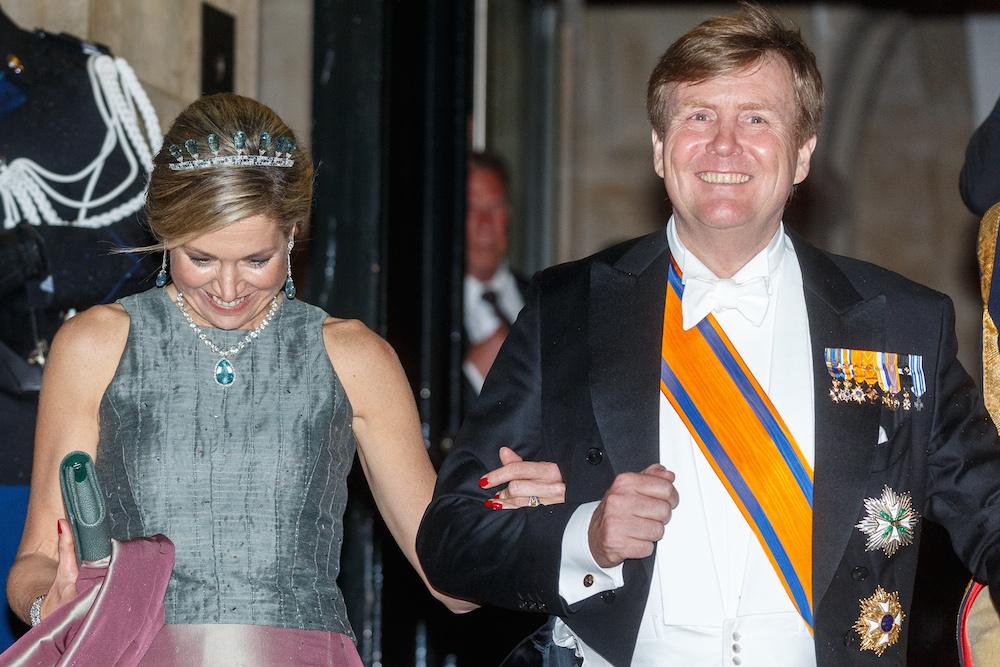 The king and queen leaving a dinner for the diplomatic corps earlier this week. Photo: Fotopersburo Edwin Janssen via HH

King Willem-Alexander, who celebrates five years on the throne on Friday, is more popular than ever, according to the annual ‘royalty survey’ carried out by current affairs show EenVandaag.

The king is more of a king to all the Dutch than he used to be, is more credible and presents himself better than he used to, the panel members said.

Queen Maxima remains the most popular member of the royal household, followed by Willem Alexander. The king’s mother princess Beatrix ties for third place with Pieter van Vollenhoven, husband of the queen’s sister Margriet who has held a number of public jobs.