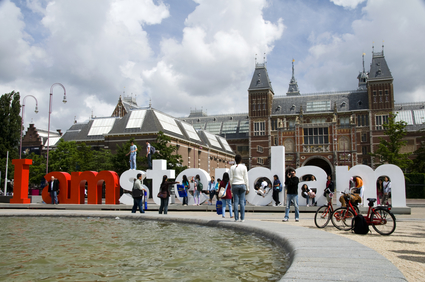 Ministers want to ease the pressure of tourism on Amsterdam. Photo: Depositphotos.com

The Dutch government has pledged to try to relieve pressure on tourist hotspots such as Amsterdam following an 11% increase in visitor numbers over the last six years.

Economic affairs minister Mona Keijzer said she wanted to ‘encourage visitors to go to less well-known parts of the country’ in order to spread the burden and create jobs in the provinces.

In a letter to MPs, she said she wanted to work with provincial administrations to ensure that tourists ‘can enjoy our beautiful landscapes, villages and cities’.

Part of this involves the HollandCity strategy which involves promoting the Netherlands as a single metropolis with lots of districts, such as Lake District Friesland and Design District Eindhoven.

Neighbouring countries such as Germany (12% more tourists), the UK (7%) and Belgium (5%), accounted for the bulk of the increase, but there was also a sharp rise in the number of people travelling from further afield, such as Chinese (23%), American (23%) and Russian (33%) visitors.