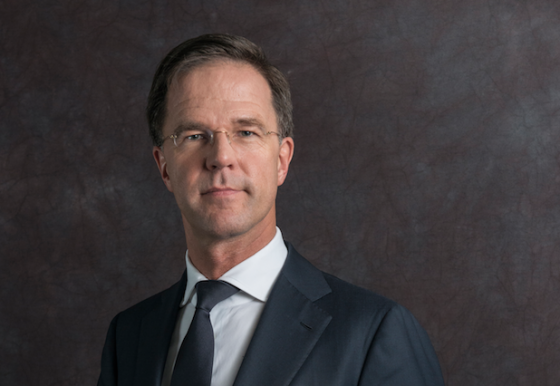 Dutch prime minister Mark Rutte has told the Financial Times that Brexit has ‘added a new twist’ to the Netherlands’ traditional diplomatic role in Europe, in his second interview with a weighty European publication in a week.

Describing the leave vote as something he ‘hates from all angles,’ Rutte told the FT that as one of Britain’s oldest and closest allies, the Netherlands would be badly exposed to the economic fallout from a ‘chaotic Brexit’.

Brexit is leaving a big gap in Brussels for a straight-talking backer of free trade and EU budget restraint and that, the FT says, is a space the Netherlands is starting to fill.

‘Being one of the founding EU members, we have an obligation to try and bring together countries, including the bigger ones like Germany and France,’ Rutte told the paper.

The FT interview was the latest in a string of public pronouncements made by the Dutch prime minister, who is one of the longest serving European leaders.

Last week, on the eve of the EU summit, Rutte hosted French president Emmanuel Macron who, the FT points out, ‘represent competing visions for how to build a stronger single currency’.

While both are both pro-EU and hold liberal economic views Macron has laid out an expansive federalist vision. Rutte, by contrast, believes power should be concentrated as much as possible in the national capitals, and made his position clear after the meeting.

That meeting came three days after Rutte gave a major interview to Der Spiegel magazine, in which he said that he and Angela Merkel ‘are same breed of politician’.

‘We don’t beat around the bush, but instead move things forward,’ he told the German magazine. ‘And we both agree that Europe must be built upon the foundation of its nation-states, and not imposed upon us by Brussels.’

In a speech in Berlin earlier this month, Rutte said Britain’s departure from the EU is an opportunity to reduce the EU’s joint budget.

The Netherlands is a net contributor. ‘Let me be very clear,’ he said. ‘My goal for the multi-annual budget is this: no increase in contributions, but better results within a smaller budget.