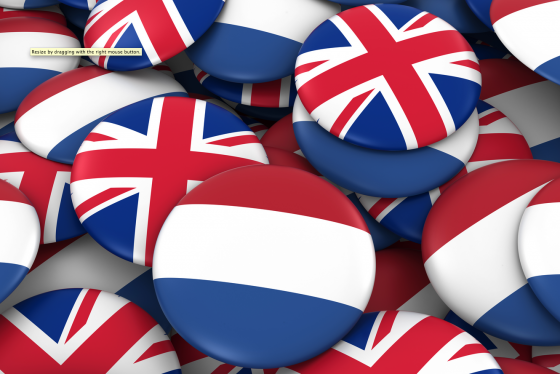 The number of British passport holders applying for Dutch nationality has soared since the UK voted to leave Europe, figures from the immigration service IND show.

In 2015, before the Brexit vote, 40 British nationals went through the process to get a Dutch passport but in the six months after the June 2016 referendum, 80 people made the switch. And in the first eight months of 2017, the total soared again to 150.

In Amsterdam itself, 15 British nationals became Dutch in 2015 but by last year, the number had rocketed to 102.

Tracy de Jongh Eglin, who is married to a Dutchman and has lived in the Netherlands for nearly 26 years, took Dutch nationality in 2017.

‘When the civil servant explained to me what it involved, including a ceremony in which I have to swear or promise to respect the Dutch way of life, norms and mores, I became slightly emotional,’ she told DutchNews.nl ‘

“Are you doing this because of Brexit?” she asked. “Yes,” I replied.  “Don’t worry,” she said. “You are not the only one. Councils throughout the country have become busier”.’

De Jongh Eglin said she had taken the step because she cannot live on assumptions that she is safe. ‘I just want to live here, with my husband and children.  As I have done for the last 25 years.’

People can apply to become Dutch after living in the Netherlands for five years, or three years if married to a Dutch citizen – if they have gone through the correct integration procedures.

Those who are not married to a Dutch national are currently required by law to renounce their birth nationality when making the change.

The new coalition has said it will modernise the law on Dutch nationality, which includes ‘expanding the option of first-generation immigrants and emigrants to hold more than one.’ However, no concrete steps have yet been made to amend the current rules.

Rachel Percival became Dutch in her home town of Weert in December last year. ‘It was a very nice ceremony and we were all given flowers and a small gift by the mayor,’ she told DutchNews.nl.

‘I’ve lived here for 26 years and I feel more Dutch than British,’ she said. ‘My husband has an EU passport and I could not imagine going on holiday and having to stand in different queues at the airport.’

The Guardian said last October at least 17,000 Britons had sought the citizenship of another EU member state in the year after the Brexit vote. The greatest number – 9,000 – was from Britons who wanted to become Irish.