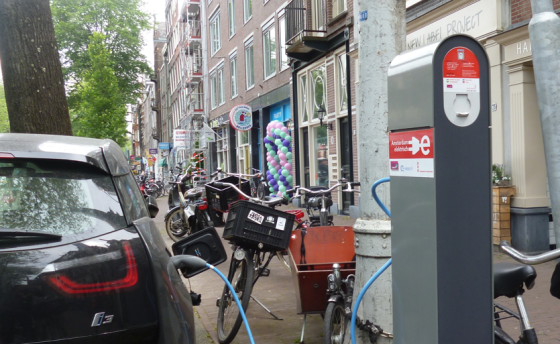 New car sales in the Netherlands increased by €1.3bn, or more than 11%, to €13bn last year, the sector organisation RAI Vereniging said on Friday.

As reported earlier, 414,538 new cars were sold in 2017, an increase of 8.4% over the previous year. The RAI organisation said buoyant sales of smaller SUVs boosted the price average while a higher average new car tax increased the total price.

Buyers have more confidence in the economy, RAI chairman Steven van Eijck commented. ‘After several years of overall economic growth, people are willing to spend more on a new car and this is reflected in the figures,’ he said.

The RAI is worried about the higher BPM tax which, it says, is driving up the sales of parallel imports. This is ‘highly undesirable,’ Van Eijck said. Parallel imports reached a record 209,328 cars last year.

Meanwhile, the sale of hybrid cars has virtually collapsed but the market for electric cars continues to expand, the Volkskrant reported on Friday.

Demand for cars which operate both on a combustion engine and a battery nosedived by 93%, the European car sector organisation ACEA said, while the sale of purely electric cars more than doubled to nearly 10,000.

More than eight million cars are registered to drive on Dutch roads, but only 21,000 are electric, in addition to 98,000 hybrid cars.The Dutch government expects 10% of new cars to be fully electric in 2020.