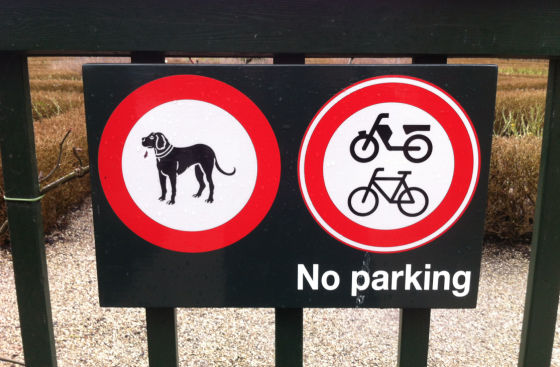 Retired lawyer Frank Bakker has begun legal proceedings against Amsterdam’s mayor to force him to take action against red light-running bikes in the city’s ‘traffic jungle.’

Bakker, who lives in the canal belt, has written a letter to acting mayor Jozias van Aartsen about lawless cycling, but having had no reply, has gone to court.

He wants the acting mayor to instruct police within three weeks to start enforcing traffic rules on cyclists.

‘If I, as a car driver, drive through a red light, then I have to pay a €280 fine,’ he told DutchNews.nl. ‘But the bicycle who is standing beside you cycles straight through. That just isn’t right.’

Bakker said that the increase in the numbers of people in Amsterdam – where many of the Netherlands’ 17.6 million tourists head – may have exacerbated the problem.

‘I cannot say why it is so bad now – it is the straw that broke the camel’s back,’ he added. ‘It is not just about the number of people in the city but that they are not following the rules and I find that unfair. In recent years, it has really got a lot worse and there must be an end to it.’

According to Bakker, police do not address cycling that breaks the rules of the road. So, he has spent ‘several thousand euros’ taking the case to court.

The case, reported on Wednesday, has provoked a storm of media attention. The AD newspaper yesterday filmed Bakker accosting cyclists who ran red lights or rode on the pavement, shouting things like: ‘Hey, why are you cycling on the pavement?
Moron!’

According to a 2013 observational study by Evelien van de Meel and the SWOZ institute for road safety research at five crossroads in The Hague, 27.4% of cyclists went through a red light.

Saskia Kluit, director of the Dutch Cyclists’ Union, said that – while she agreed that everyone should stop at a red light – the most dangerous driving infractions should be treated most seriously.

‘It is a national sport to moan about the behaviour of cyclists, but this isn’t necessarily the cause of most accidents,’ she said. ‘It’s annoying, but it isn’t an enormous safety risk.

‘Traffic police also need to deal with speeding motorbikes, drink driving and joyriding, which could have a bigger impact. Everybody should stick to the rules, but the impact of a car is far greater than that of a bicycle.’

A spokesman for the Amsterdam mayor told DutchNews.nl that they have received Bakker’s letter.

According to Bakker, the court case has been postponed, at the request of Amsterdam municipality, until March 9. ‘Something has to happen,’ he added. ‘Sometimes, you just have to bite the bullet.’