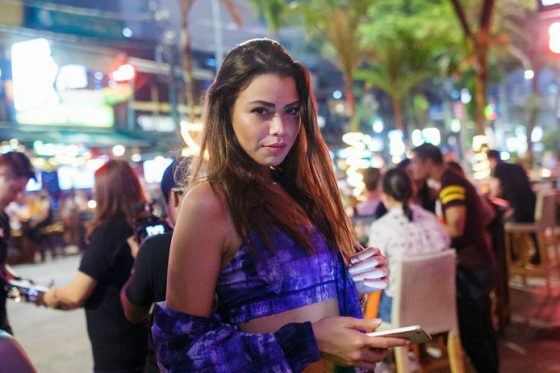 The British private detective hired by the parents of a Dutch model who died falling from a balcony in Malaysia has said there should be a murder investigation into her death.

Ivana Smit died on December 7 after falling from a balcony on the 20th floor of an apartment block in the capital Kuala Lumpur. She had been out on the town and had gone home with an American couple.

The Malaysian authorities have said her death was an accident. Police said she was intoxicated at the time and blood tests revealed traces of alcohol, ecstasy and amphetamines in her system.

However, Mark Williams-Thomas, a former policeman who has been involved in several high profile investigations in Britain, told Belgian broadcaster TV Limburg he hopes his findings will persuade the Malaysian authorities to re-open the case.

‘I have no doubt, with the evidence that I now have… and other information we have through forensics, we are in a position to say very clearly… in the UK this would be treated as a homicide investigation,’ Williams-Thomas said.

‘One of the massive problems in Malaysia is that there is huge corruption. We very clearly found out that clubs and individuals have paid the police for protection.

Williams-Thomas said that he hoped to present a full report, containing all the findings, to the Dutch authorities, the family and the Malaysian authorities within the next few days.