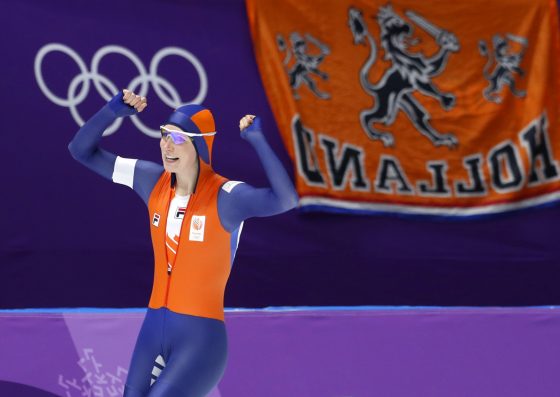 Carlijn Achtereekte was the surprise winner of the gold medal in the 3,000 speed skating event at the Pyeongchang Winter Olympics on Saturday, as the Dutch women swept the board.

Knegt’s medal is only the second ever won by the Dutch in the short track events. He took bronze in the 1,000 metres in the Sochi games.

Earlier there was disappointment for the Dutch women short track team when none of them qualified for the final.

The games are already over for the Netherlands’ youngest team mate. Snowboarder Niek van der Velden, who is just 17, broke his arm after falling during training.

‘The wind carried me a little further then I was pleased with and I had to take a slam,’ he said in English on Instagram. ‘I’m bummed out that I couldn’t compete because I was really excited to go, but I’ll be back in no time!’