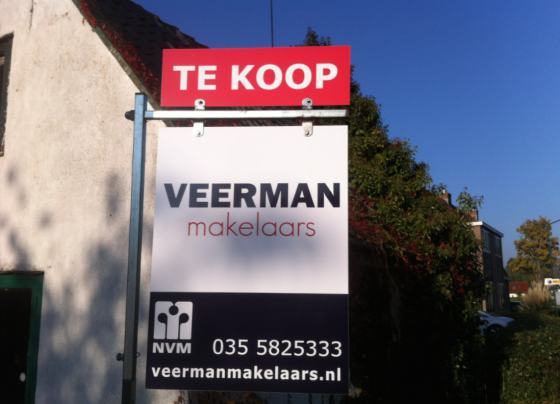 More than 66,000 Dutch homes changed hands in the fourth quarter of 2017, the highest number sold in any single three-month period in the Netherlands, according to a new report by the national statistics office CBS and the Land Registry.

The figure broke the record set in the previous quarterly period and the total bill for the properties reached nearly €18bn, the survey said.

The Dutch estate agents group NVM last week said the number of housing units sold in the final quarter of 2017 was lower than a year ago. The discrepancy in figures comes about because the NVM bases its figures on provisional contracts, while the CBS and the Land Registry use completed transactions as they are registered.

Houses sold in the final quarter of 2017 were 8.2% more expensive than those sold in the year-earlier period. At 10.5%, the price rise in Noord-Holland province was the biggest in the country.  Flevoland, Utrecht and Zuid-Holland provinces posted price gains of 9.8%, 9.4% and 9.4% respectively, all above the national average.

Prices in the four largest cities of Amsterdam, Rotterdam, The Hague and Utrecht were more than 11% higher than in the year-earlier period. The highest gain was in Amsterdam where the average property now sells for €415,000.

Prices for apartments were nearly 12% higher compared to the final quarter of 2016. This was fuelled by price developments in the large cities where flats comprise a relatively large share of housing stock, the survey said.