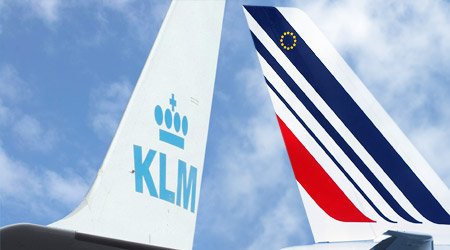 Air France-KLM has denied any involvement in a rescue bid for troubled Italian flag carrier Alitalia which is being kept operational by support from the Italian government.

‘The Air France-KLM group would like to confirm that it has taken no part in the process launched by the Italian authorities to take over Alitalia,’ the combine said in a terse statement at the weekend

‘As such, the group has not had access to any confidential information,’ it added.

On Friday, Italian industry minister Carlo Calenda said on Italian television that the French-Dutch airline group was planning to take over Alitalia in a deal which incuded Easyjet. He said he was planning to present this plan on Monday, the Financieele Dagblad reported.

Last Thursday, rumours were floating around that Air France-KLM was interested in buying Alitalia. German carrier Lufthansa and US investor Cerberus have submitted a proposal for the  acquisition of the troubled group.

Alitalia shareholders agreed with the first step in filing for  bankruptcy in May. The company has meanwhile been kept afloat by financial support from the Italian government.