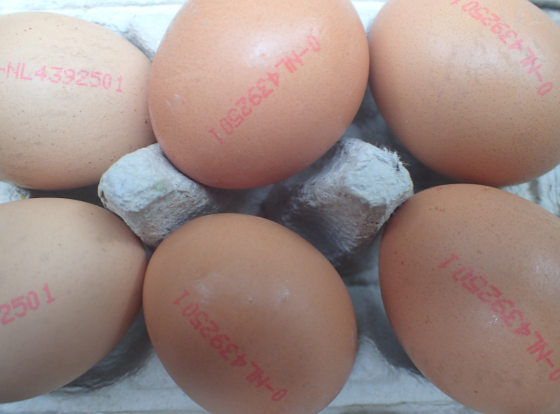 Eggs which have been contaminated by fipronil. Photo: DutchNews.nl

Dutch farming organisation LTO is taking the food safety board NVWA to court, claiming it was negligent in the way it handled the contaminated egg scandal earlier this year.

In particular LTO says poultry farmers suffered unnecessary financial losses because the NVWA did not take action last November when it was first warned that the pesticide fibronil was being used illegally as an anti-lice agent.

‘The enormous damages which poultry farmers have suffered would not have happened if the NVWA had done its job properly,’ lawyer Roeland de Mol said on the organisation’s website.

‘The NVWA knew that fipronil was being used by ChickFriend but did not even give the sector the opportunity to arm itself against it.’

The situation was further compounded when an NVWA official told television programme Nieuwsuur after the scandal broke that people would be better off not eating eggs.

That led to a 25% reduction in sales, LTO said.

The European Commission has given the Belgian government permission to compensate its farmers but the Dutch government maintains that the private sector – ChickFriend – is responsible.

However, MPS from three of the four ruling parties have called on the government to clarify its position.

The total cost of the scandal has cost the egg industry up to €75m, Trouw said. Of the 793 poultry farms which were closed, two thirds are still out of operation.