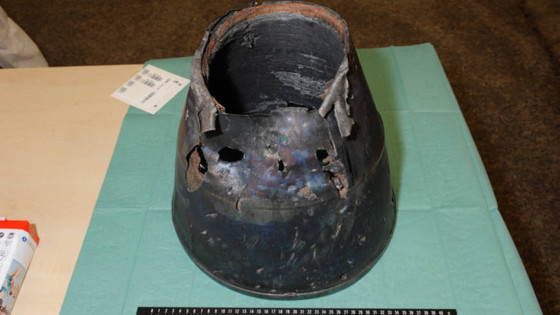 There is an ‘extremely large amount of material’ which suggests flight MH17 was shot down over eastern Ukraine by accident, the leader of the team investigating the incident has told the NRC.

Fred Westerbeke, who heads the international team which is carrying out the criminal investigation into the attack, says it is still too early to draw conclusions but that a number of questions must be asked.

In particular, the team wants to know why the Malaysia Airways plane was shot down rather than one from the ‘enemy’ Ukraine airforce. ‘It is really important for us to know this,’ he said.

‘Why was the BUK used to bring down a passenger airline rather than a jet fighter or an Antonov from Ukraine,’ he said. ‘What was the aim?’

All 298 people on board flight MH17 were killed when it was struck by a missile on July 17, 2014, and crashed into fields in eastern Ukraine. Two-thirds of the passengers on the flight from Amsterdam to Kuala Lumpur were Dutch.

The JIT’s preliminary investigations concluded last year that the plane was shot down from Ukrainian farmland by a BUK missile ‘controlled by pro-Russian fighters’. That conclusion has been disputed by Russia, which claims that Ukrainian fighters were responsible.