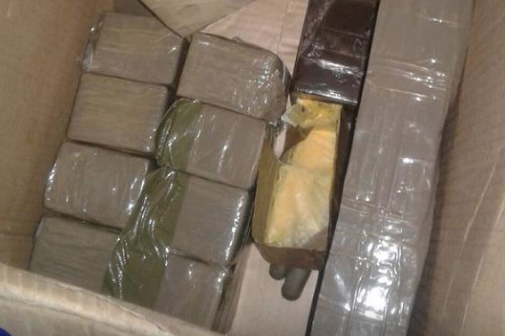 Some of the drugs seized in Ireland. Photo: An Garda Siochana via Facebook

A joint campaign between Dutch and Irish police has resulted in the arrest of 13 people suspected of being part of a drugs gang which may have links to Ireland’s notorious Kinahan clan.

In total, eight people were arrested in the Netherlands – three with Dutch nationality, three Irish men and one Belgian, according to Irish media reports. They are suspected of trafficking drugs and money laundering.

Dutch police have refused to comment on the arrests because the suspects are being held in solitary confinement and only allowed contact with their lawyers.

In Ireland, where five arrests were made, police found drugs, worth an estimated €7 million at two industrial units in Ashbourne, Co Meath.