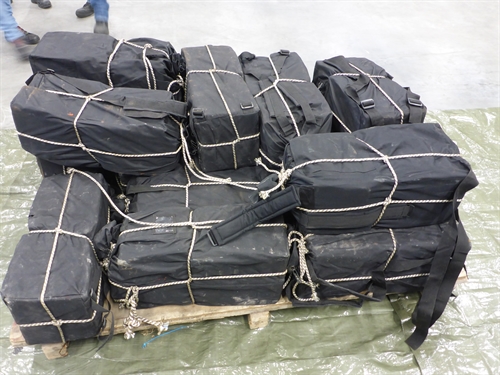 Customs officials working in Rotterdam’s port have found 400 kilos of cocaine hidden in a container from Panama, the public prosecution department said on Thursday.

The drugs were hidden in a consignment of tyres destined for a company in Moerdijk and were found following a tip-off.

The cocaine was packed in 16 black bags and had a street value of some €10m, the public prosecution department said.

Customs officials and police are continuing their investigation into who is responsible and no arrests so far have been reported.

Police and customs officials seized a record quantity of cocaine in the port of Rotterdam last year. According to the Telegraaf, at least 14 tonnes of cocaine with a street value of €700m were found at the port by a special police team.

In 2014, 7.5 tonnes of cocaine were seized in Rotterdam and the year before that, 4.6 tonnes. Last year’s seizures include four tonnes found in a consignment of pineapples from Costa Rica in June and 2.9 tonnes hidden among household products from Curaçao in March.